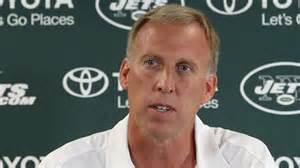 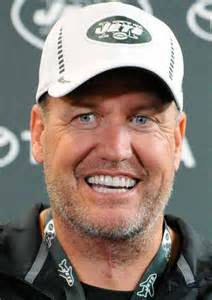 Well Jet fans there might be light at the end of the tunnel. According to a published report in the New York Daily News, Jets Owner Woody Johnson is considering firing both Head coach Rex Ryan and General Manager John Idzik.

“I’m in the business – I got to win games,” Johnson said. “I’m a fan, I represent the fans. We’re both frustrated by this. Ultimately, I am going to have to look for something that I believe is going to right the ship, whether it’s the current way, the way we are doing it now with the people we have now or going down a different pathway. I’m looking at everything. I’m analyzing what’s happened and why it’s happened.”

If Johnson is serious about the possibility of firing both men, it will be a big step in the right direction for the franchise that has lost it way. He fired Mike Tannebaum without letting Ryan go and in the process saddled Idzik with a coach he didn’t want and with only a year left on Ryan’s contract job security has been a daily topic in New York for sometime. Johnson needs to start this over and get football people to run the franchise for sustained success.