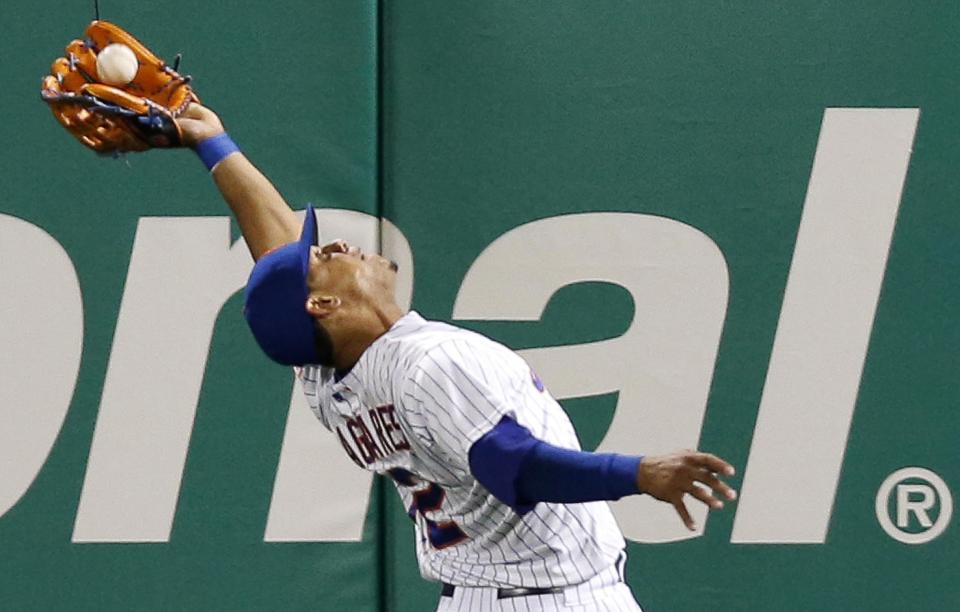 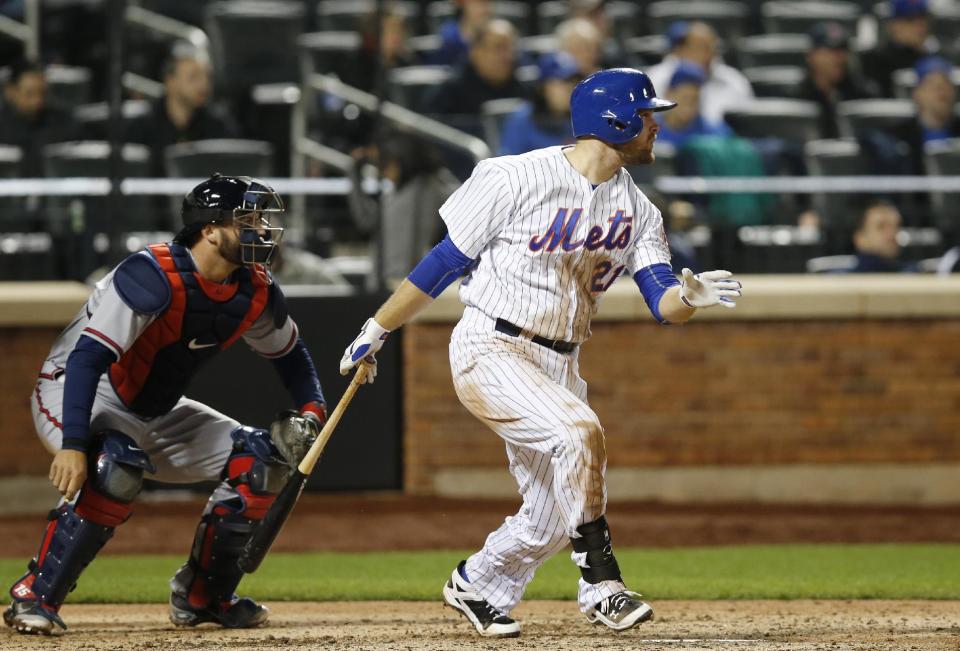 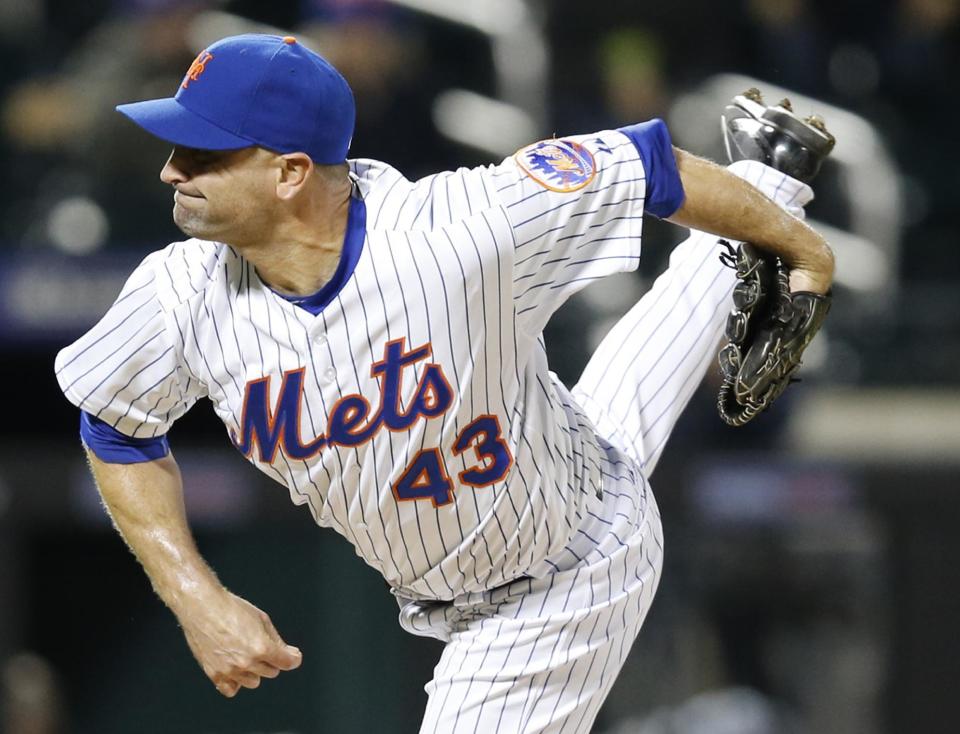 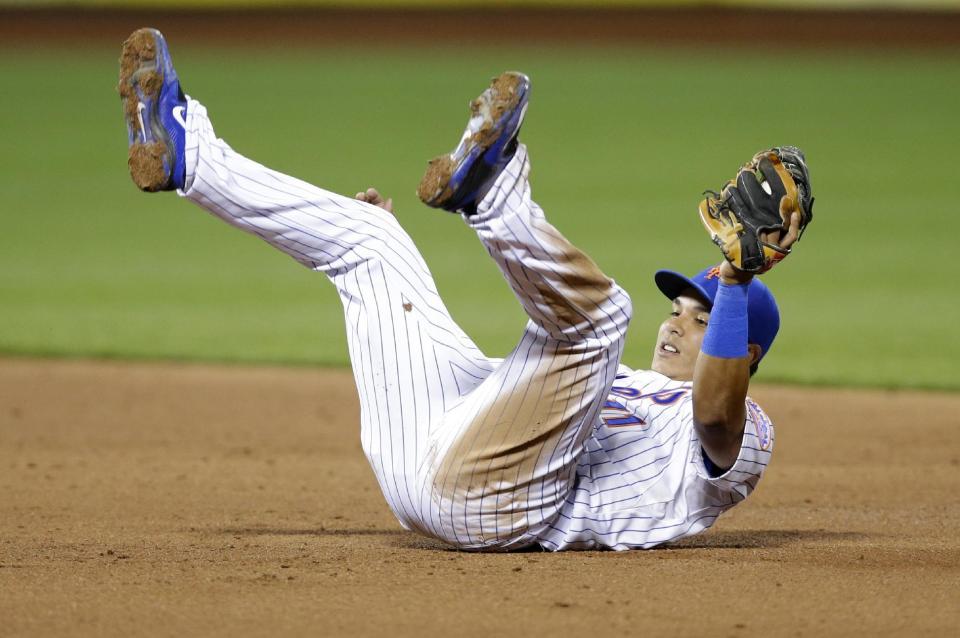 The streak continues as the Mets beat the braves for 10 in a row and run their season record to 12-3, 9-0 at Citifield. Is this smoke and mirrors? No the Mets are getting strong pitching (Mets starter Dillon Gee allowed only two runs in seven steady innings after the first pitch was delayed 31 minutes by rain.) Reliable bullpen help (Buddy Carlyle (1-0) retired dangerous pinch-hitter Jonny Gomes with two on, and Jeurys Familia got three quick outs for his seventh save.) Timely hitting from Lucas Duda and Wilmer Flores, and stellar defense from  Ruben Tejada and of  Course …Juan Lagares who always impresses fans and teammates alike(Juan Lagares ran down Jace Peterson’s drive in deep center, reaching behind his head for a sensational catch.”‘That was unbelievable,” Gee said. ”That ranks up there with the best catches I’ve seen on the field.”)

Wilmer Flores hit a tying homer and an RBI single for the Mets (12-3), on their longest winning streak since taking 10 straight in July 2008. .”These guys have just taken off. I salute every single one of them,” manager Terry Collins said. ”Pitching has been remarkable.”

With each win the Mets team confidence is growing. Games they lost in the past are games they are now winning. Teams that gave them fits in the past (Nationals, Marlins, Braves) they are now beating. Can they keep the streak going?