Maybe it’s me but when you are busted and disgraced and been stripped of 7 world titles and erased from the record books the last thing you want to do is stir up more controversy, yet Lance Armstrong did just that on Twitter. 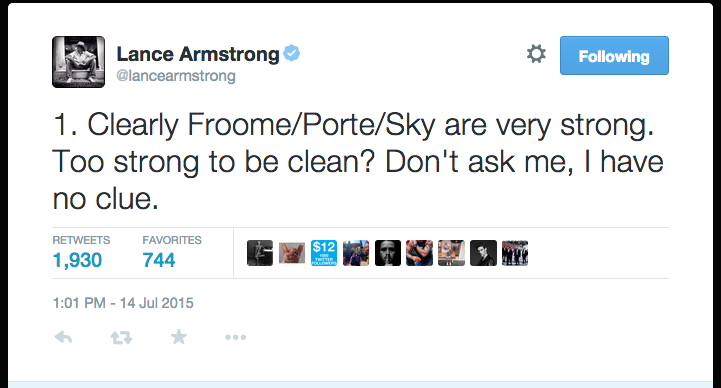 This from a man who cheated repeatedly, lied about cheating and sued everyone who dared say he cheated, so who is he to question anyone eles? Guess what someone else felt the same way on Twitter as they replied back to Armstrong …

@lancearmstrong you destroyed the reputation of this great race and now you try to harm it further by accusing others? Please stop.

Moral of the story to Lance Armstrong…leave well enough alone.