You can’t make this up. If your sports world is boring or lacking excitement fear not dear sport fan…the New York Jets will not disappoint you. In a story that broke early yesterday one that you couldn’t make up …according to published reports …

New York Jets starting quarterback Geno Smith suffered a broken jaw after being sucker-punched in the locker room on Tuesday by linebacker IK Enemkpali, coach Todd Bowles told the media. Bowles says Smith will miss 6-10 weeks and that Enemkpali has been released from the team.

According to ESPN’s Adam Schefter, Smith broke two bones in his jaw and will need surgery. Veteran quarterback Ryan Fitzpatrick, who the Jets signed in the off-season, will likely take over the starting position, and third stringer Bryce Petty will take over backup duty.

Regarding the incident, Bowles told the media: “He got cold-cocked, sucker punched whatever you want to call it, in the jaw.”

According to NFL Network’s Ian Rapport tweeted, Smith first put his finger in Enemkpali’s face during an argument, and Enemkpali retaliated with the sucker-punch.

Enemkpali was drafted by the Jets in the 6th round of the 2014 draft. Although he played defensive end in college at Louisiana Tech, he was drafted as a linebacker and played in six games last season. In NFL.com’s Draft Analysis of Enemkpali from 2014, his strengths include: “Very thickly built. Flashes shock and violence in his punch.” 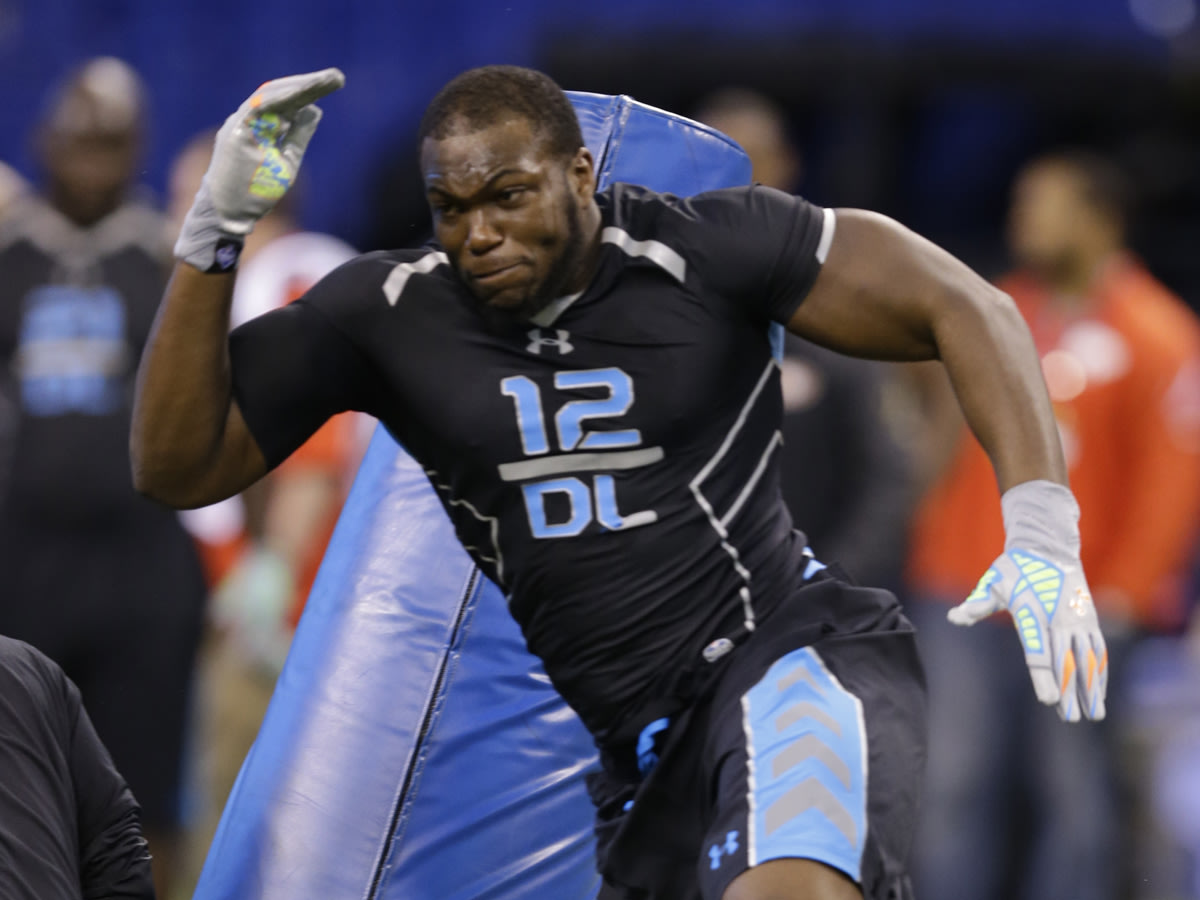 At the heart of the dispute between former Jets LB IK Enemkpali and quarterback Geno Smith is $600 that Enemkpali believed Smith owed him, per league sources. Enemkpali purchased a plane ticket for Smith to attend his July 11 football camp at Pfugerville High School in Pfugerville, Texas. However, days before the camp, a person close to Smith was killed in a motorcycle accident in Miami and Smith did not attend Enemkpali’s camp, per sources. After Smith did not attend, Enemkpali demanded that the Jets’ quarterback refund him the $600 he allegedly used to purchase a plane ticket. Smith told Enemkpali he would reimburse him the money, but he did not. Enkempali confronted Smith today about the money and the confrontation ended in a punch and broken jaw.