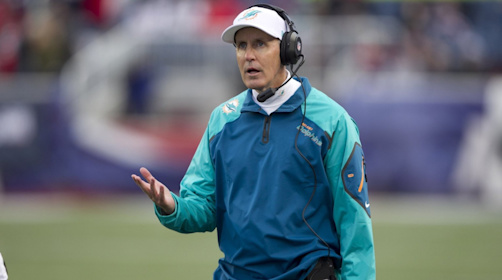 This was a Monday that I am sure these two men Joe Philbin and Matt Williams were not looking forward to. The Dolphins were expected to compete in the AFC East challenging the New England Patriots for the division supremacy. They spend alot of money in the off season highlighted with spending 114 million Ndamukong Suh. Much was expected of the Dolphins one fourth of the way of the season little has been delivered, someone had to pay…can’t fire 53 players after a 1-3 start so…Philbin the head coach is sent packing.

In Washington, Matt Williams was expected to walk off with the division and nothing short of going deep into the postseason, but the surging New York Mets not only caught the Division leading Nationals but swept them in a mid season series hurling the Mets into first place and the Mets never looked back. Williams clearly was on the hot seat all season , his in game moves left players scratching their heads, players were injured which didn’t help (but the Mets also had players hurt in all fairness and managed to hang in there). Finally what doomed Matt Williams was the fact he lost control of the clubhouse, which was highlighted with the fight between Jonathan Papelbon and Bryce Harper. The one uestion that I have with the Nationals is this while you can make a case for Williams getting fired shouldn’t ownership send Mike Rizzo General Manager packing as well? He put together this team and spend millions of millions of dollars on Max Scherzer and still didn’t make the post season.