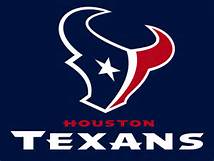 Rants: Matt Harvey …If anyone is doing their best to distance themselves from their fan base it’s Matt Harvey. He already raised the ire of the Mets fans by complaining about an supposed inning limit, only to have to back off it slightly, now come a report that he missed a mandatory work in New York with the team, which raised the ire of Mets General Manager Sandy Alderson. We now find out that Harvey missed the work out due to …overextending himself on his down time (aka partying too much). What Matt Harvey doesn’t realize that while it is his right to do what he pleases he does have a responsibility to his team, his teammates and the fans that pay their hard earned money to see and support him and the team. This is a fan base that wants every reason to believe in this team and in every player on the team. His immaturity rubs off the wrong way, it’s time to grow up.

Rants: Houston Texans…just a few short years ago they were among the favorites to be a Super Bowl contender…wow how times have changed. The Texans are 1-4 and in the midst of a quarterback problem can they right the ship before the season completely folds on them? Ryan Mallett the started was pulled in Thursday night’s game vs the Colts for being ineffective in favor of Brian Hoyer, which left Mallett sulking on the bench. The Texans lost to the Colts 27-20. Can the Texans save their season?

Rants:Matt Barnes: …Let me make sure I get this right…you’re divorced, you can see who you want to see but you’re ex- wife can’t? How else can you explain Barnes driving 95 miles in the other direction to confront New York Knicks head coach Derek Fisher for seeing his ex- wife? That’s crazy reality tv if I ever saw it.

Raves: Houston Astros…Just to show that the one game playoff against the Yankees wasn’t a fluke, they went out on Thursday night and beat the Kansas City Royals 5-2. The Royals was in the world series last season just in case you forgot. The Astros are for real.

Raves: Jake Arrieta …what a performance in the wild card game vs the Pirates. A complete game shut out. Who throws complet games anymore? Arrieta struck out 11 walked 0 on the way to a 4-0 win in a one game playoff against the Pirates in Pittsburgh Wednesday night.

Raves: Wildcard format…so far with the second wildcard it was supposed to make it important to win the division and make it more difficult to advance, so far home field in the wildcard game has meant nothing as both the Astros and the Cubs dust the Yankees and the Pirates in their buildings and the Astros took game one in the Divisonal series against the Royals on Thursday.