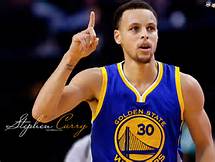 Be honest, when Steph Curry came out of Davidson how many of you knew he was going to be this good? Again be honest, because there a few general managers in the NBA who bet their jobs on knowing just how good someone like Steph Curry would become…they didn’t even know. 6 teams  in the 2009 NBA draft,passed up the chance to place Curry on their roster and how much do you think they regret that decision now? Other than Blake Griffin who was the number 1 pick and James Harden who was picked number 3 and maybe Ricky Rubio none of the other players in this draft panned out well, some are useful role players and some not even in the league. The point is there is no way for sure to know how good someone is going to turn out and then you have Steph Curry who just explodes like he has in the pass 3 years to the player he is now, the MVP of the league.

So check out the highlights…What a show!

4 thoughts on “Are You Kidding Me?? Stephen Curry is Insane”