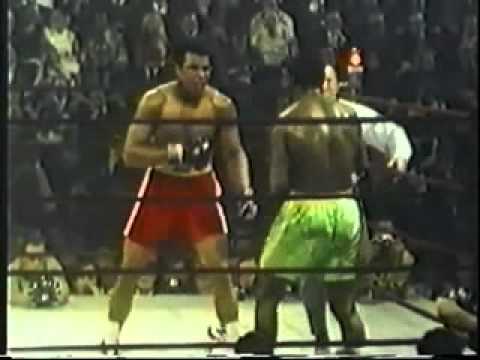 It was billed as the  Fight of century 45 years ago …and it lived up to it’s billing, both men were undefeated up to that point, both claimed to be the heavyweight Champion. Ali was stripped of his title three plus years before and had to fight to get a title shot and now Joe Frazier stood as the champion. on March 8th 1971 at Madison Square Garden Joe Frazier and Muhammad Ali squared off in the ring for 15 brutal rounds. This was the first of 3 fights between the two men all three fights lived up to the hype. So here Ali vs Frazier 1 …enjoy!