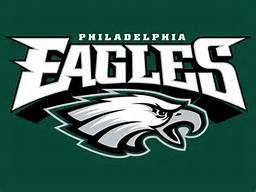 What’s going on with the Eagles? They made a big trade with the Cleveland Browns for the number 2 pick in this upcoming 2016 NFL draft. Word has it they are going to select a quarterback either the University of California’s Jared Goff or North Dakota State’s Carson Wentz, depending on who is available after the Los Angeles Rams make the number one overall selection. Ok normally I wouldn’t think much of the trade but …didn’t they Eagles spend 25 million dollars on two quarterbacks ?? Sam Bradford 18 million a year and $7 million a year in Chase Daniel. Not to mention in order to move up to the number two spot the Eagles sent the Browns five picks (including two firsts). Bradford isn’t happy even thought the Eagles claim Bradford is the starter …Eagles executive vice president Howie Roseman voiced support on Wednesday for current quarterback Sam Bradford.

“Let me be clear, Sam Bradford is our starting quarterback. We told Sam that. We intend to support him and the moves we made this offseason we believe will give us a chance to compete this season.”

So why draft another quarterback?

I smell a trade coming …there are teams that could use a quarterback…Broncos, Jets, are among the teams looking for  QB…