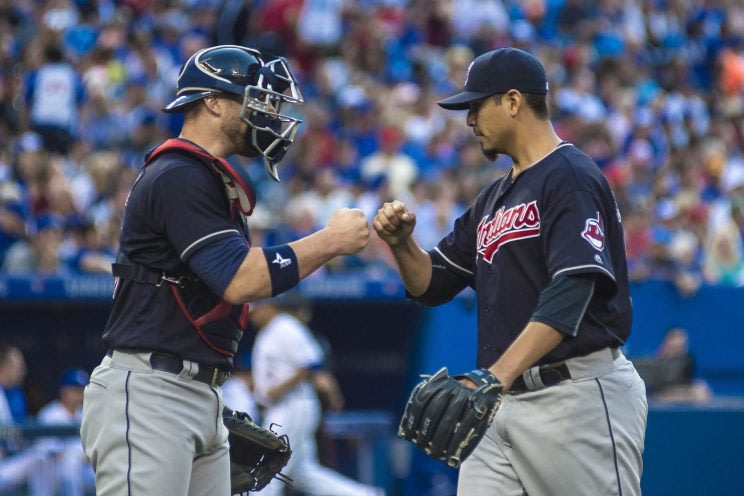 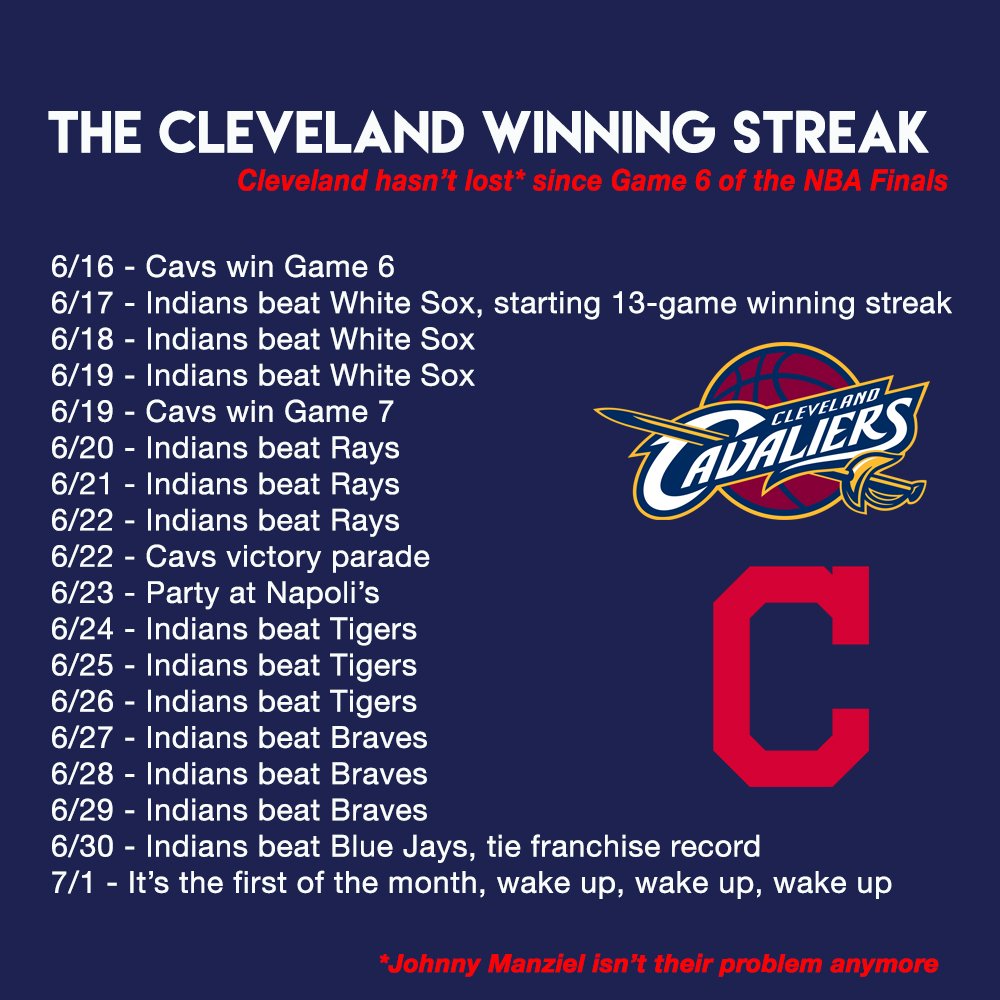 Maybe this is the year of the Cleveland teams , First the Cavaliers deliver the city’s  first professional championship in over 50 years  and now the Cleveland Indians are streaking …winners of 13 straight and counting  The Indians  are 48-30 1st place in the American League Central in the same division as the World Champs the Kansas City Royals in fact the lead the Royals by 6 games in the Central division. The streak started when the Cavaliers won game 6 of the NBA finals as the above chart shows. This is the longest streak for the Indians since 1951 when they won …13 in a row, can they set a new franchise record and keep the streak going in to the early days of July? If the Cavaliers can finally win an NBA title …Anything else becomes possible for the Indians.