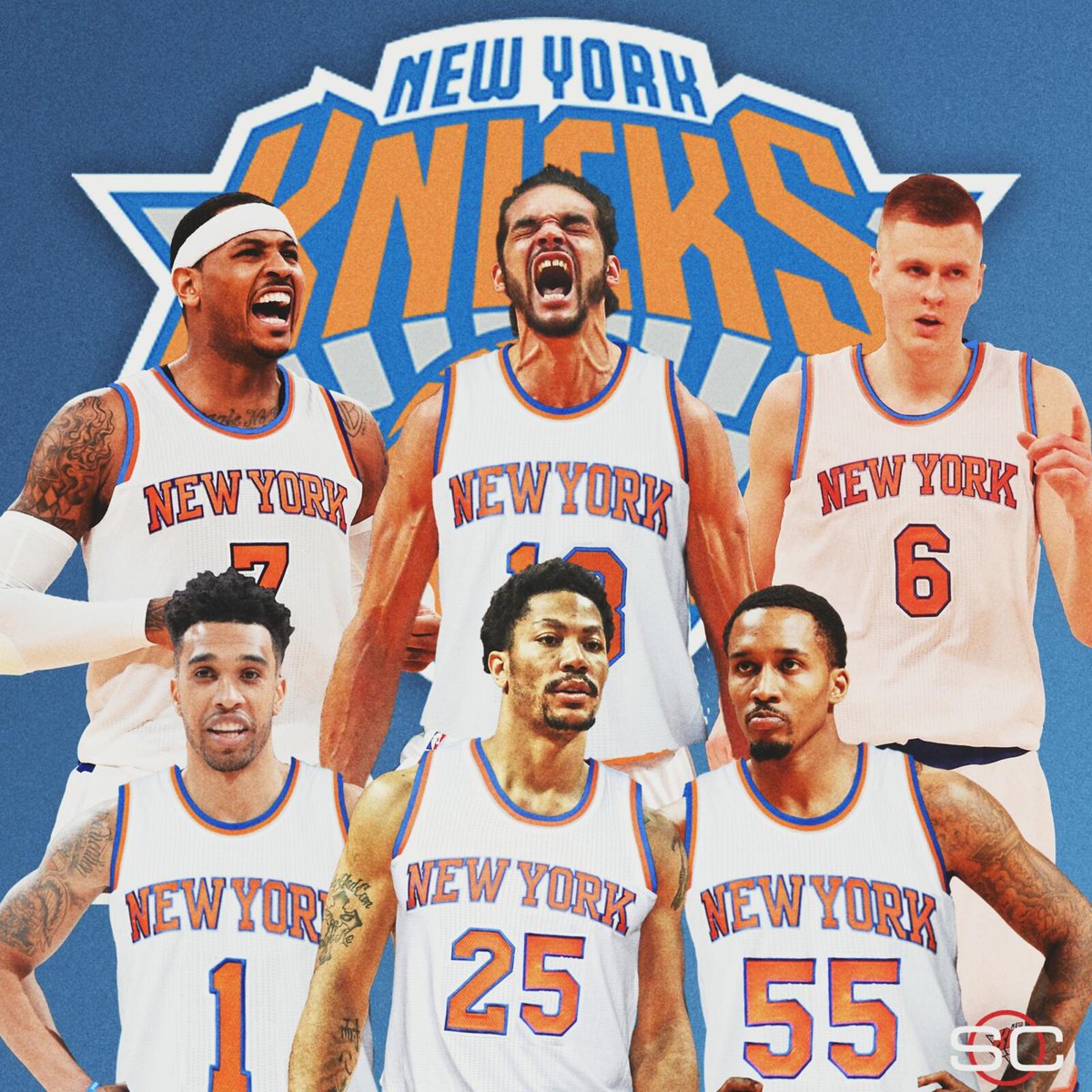 Its  not often as a Knick you get genuinely excited about the look of your team. Yes I know there are risk involved, but the risk are short term. And these are the same players other teams were looking at as well so let’s cut out …same old Knicks chatter. Yes I was not crazy about the Rose trade because of having to give up so soon on Jerian Grant. On the face of that trade alone I wasn’t all in, but Jackson to his credit moved quickly and smartly in getting Joakim, Noah , Courtney Lee and Brandon Jennings to pair up with Carmelo Anthony and Kristaps Porzingis. What makes the Rose trade is he is on a 1 year deal if he doesn’t work out you cut bait and it’s a move with an eye to 2017 when Russell Westbook is a free agent and the cap is higher next season.It’s the same reason I like the Brandon Jennings signing. it’s a one year see what you got left and if it doesn’t work …you’re not strapped cap wise and again Russell Westbrook. My friend Jason thinks the Knicks should trade for Westbrook now but after all the activity the Knicks don’t have the pieces to make a deal for Westbrook but they will have the money to make a run at him next season. Let’s face facts the Knicks didn’t have draft picks …(Toronto Raptors owned their pick from the ill fated trade for Andreas Bargnani ) so this was the nest best thing. In the Rose trade they move Jose Calderon who was killing them, Jerian Grant and Robin Lopez and didn’t give up a draft pick so right there you knew this was different. Maybe they overpaid to get Noah and Lee but in this offseason where teams are throwing money at players like Tim Mozgov  4 years 65 million … and a few other players you have to look up on Wikipedia to find out who they are at least the Knicks upgraded the roster from where they were from when the season ended. I will say one thing it is just my opinion the one signing I like best is Brandon Jennings for two simple reasons he is going to be motivated because he playing on a 1 year deal and looking for a big pay day and he wants to be a Knick …not many players want to be here, not many are excited and express it on twitter like Jennings and in fact my gut feeling is he is going to have a good year and will important piece of what happens with this team this season. Now all of this goes out the window if injuries wreck this team, but the Knicks didn’t hurt the future while playing win now mode which is something they had a bad habit of doing in the past. But for now …this has the makings of a team Knick fans can get behind.

4 thoughts on “Smallthoughts: Why I like the Moves the Knicks made”