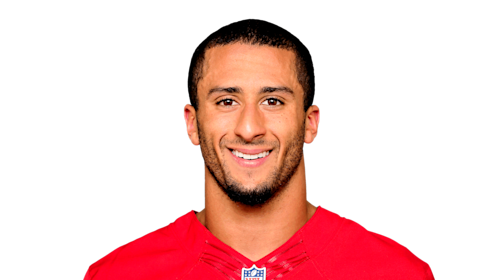 Whether or not you agree with Colin Kaepernick’s right to sit during the national anthem, you have to wonder about the two faced comments by some in the NFL front offices. Yes the words were …two faced but let’s back track for a second. For those who may not know or may need to get catch up to speed Colin Kaepernick is a quarterback for the San Francisco 49ers who recently took a position to sit during the national anthem in protest towards the violence in this country. Kaepernick in his own words:

“I am not going to stand up to show pride in a flag for a country that oppresses black people and people of color,” Kaepernick said. “To me, this is bigger than football and it would be selfish on my part to look the other way. There are bodies in the street and people getting paid leave and getting away with murder.”

Here is the part that becomes two faced

“I don’t want him anywhere near my team,” one front office executive said of Kaepernick, according to Freeman. “He’s a traitor.”

“He has no respect for our country,” one said.

One general manager told Freeman: “In my career, I have never seen a guy so hated by front office guys as Kaepernick.”

Really? Yet Greg Hardy, despite his track record of domestic violence was giving another chance, players are routinely arrested for guns drugs , DUI and Domestic Violence and yet teams can’t wait to line up and sign the player under the guise of giving him another chance, yet …

Kaepernick had not broken any rules, and that several players who had committed actual crimes were still playing in the NFL. “When challenged that Kaepernick didn’t break a law, or an NFL rule, and that it’s his right to sit during the anthem, the response, consistently, was that it’s also a team’s right to not sign him. And to also dislike him,”. That in itself is distasteful of the NFL. If this was Tom Brady saying he was sitting …would there be such an up roar?  But then again maybe that is the point the Tom Brady’s the Lebron James, don’t make protest like this maybe because they feel they have too much to lose if they do, and maybe this wouldn’t be as much of an issue of Kaepernick was at his peak two years ago, but the point is it is his right and he is broken no laws so why is the NFL turning cold on Colin Kaepernick?

2 thoughts on “Smallthoughts: Rant of the Week …NFL”