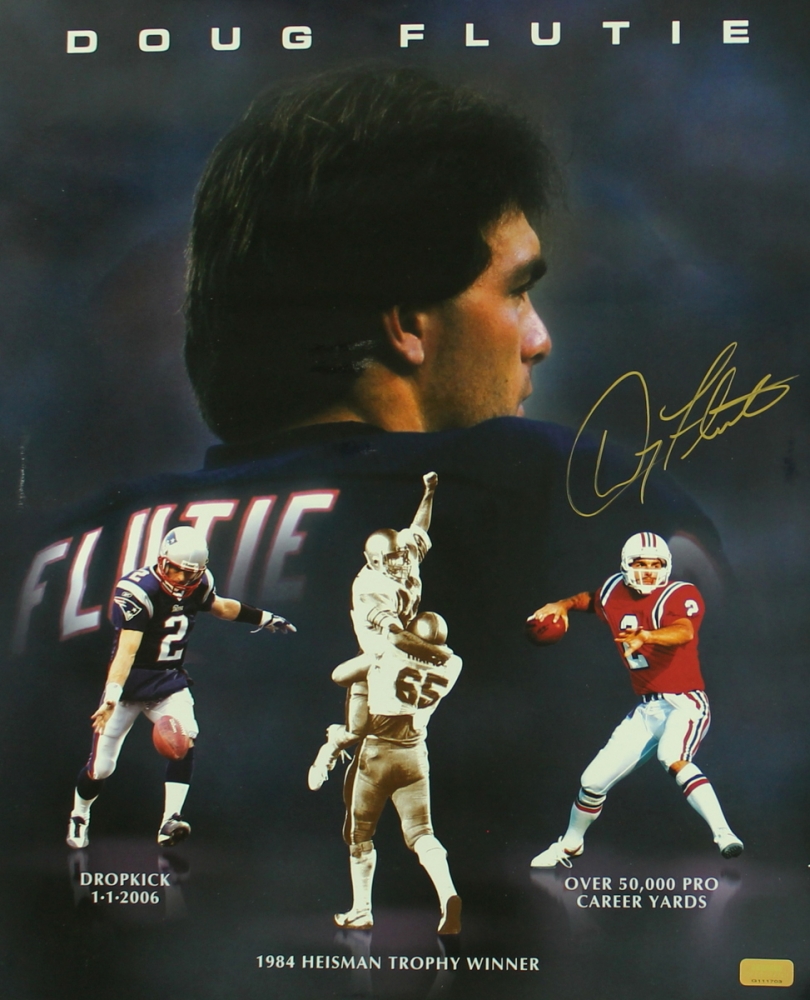 It was often said he was too short to play quarterback, he is going to be throwiing at his own lineman’s head , yet Doug Flutie was college football golden boy…he threw a Hail Mary pass for the win Boston College vs Miami Hurricanes. Flutie proved time and again throughout his career , that it was the size of the player it was the size of his heart that matted most. On the last play of the game, Flutie scrambled away from the defense and threw a “Hail Mary pass” that was caught in the end zone by Gerard Phelan, giving BC a 47-45 win. he was a Heisman Trophy Winner …Remember the now long deceased USFL…Doug Flutie was the New Jersey Generals …starting quarterback. Little known fact …the owner of the USFL New Jersey Generals during Doug Flutie’s time there was…Donald Trump.And his his backfield mate was running back …Herschel Walker. In his career Flutie has played in the NFL for the Chicago Bears, Buffalo Bills, San Diego Chargers and the New England Patriots the Canadian Football League BC Lions, Calgary Stampeders and the Toronto Argonauts.