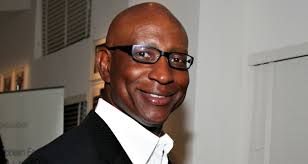 Take heart Jet fans your team is not the only dysfunctional mess in the NFL. The Los Angeles Rams is leading the charge for dysfunction this week. After a dismal season in their return to Los Angeles and empty seats in their last home game , the Rams fired head coach Jeff Fisher …no problem he deserved to be fired. He hasn’t developed a quarterback since Steve McNair back when he was Houston Oilers/ Tennessee Titans coach. Since he has been the Rams coach first in St Louis and then in LA they have under performed which I could understand why he was fired but to make it worse even though he didn’t deserve it he was given a 2 year contract extension recently. Why?  That’s the head scratch. Then there is the feud between Fisher and former Rams star …Eric Dickerson, Fisher ordered Dickerson off the sidelines after Dickerson ripped Jeff Fisher for not handling the quarterback situation with Jeff Goff, the number 1 pick in the 2016 NFL Draft.
And then there is the owner Stan Kroenke. He gives it, then takes away the contract extension of now fired head coach Jeff Fisher . He is on the hook for the 2 years plus what ever coach he ultimately hires to replace Jeff Fisher. The billionaire owner can afford it , that isn’t the problem he didn’t need to hand out that contract , Fisher had no leverage and his performance over the last few seasons didn’t have other teams banging down the door to talk to Fisher to hire him away from the Rams.
Now there is talk that Kroenke is looking for a head coach that is good at developing quarterbacks …one name that was being floated was Pete Carroll. Whether Carroll is even interested or not or whether Seattle would let he leave to of all teams a division rival remains to be seen, but one thing for sure he needs to turn this franchise around.
See Jet fans I told you your team isn’t the only dysfunctional mess in the NFL.