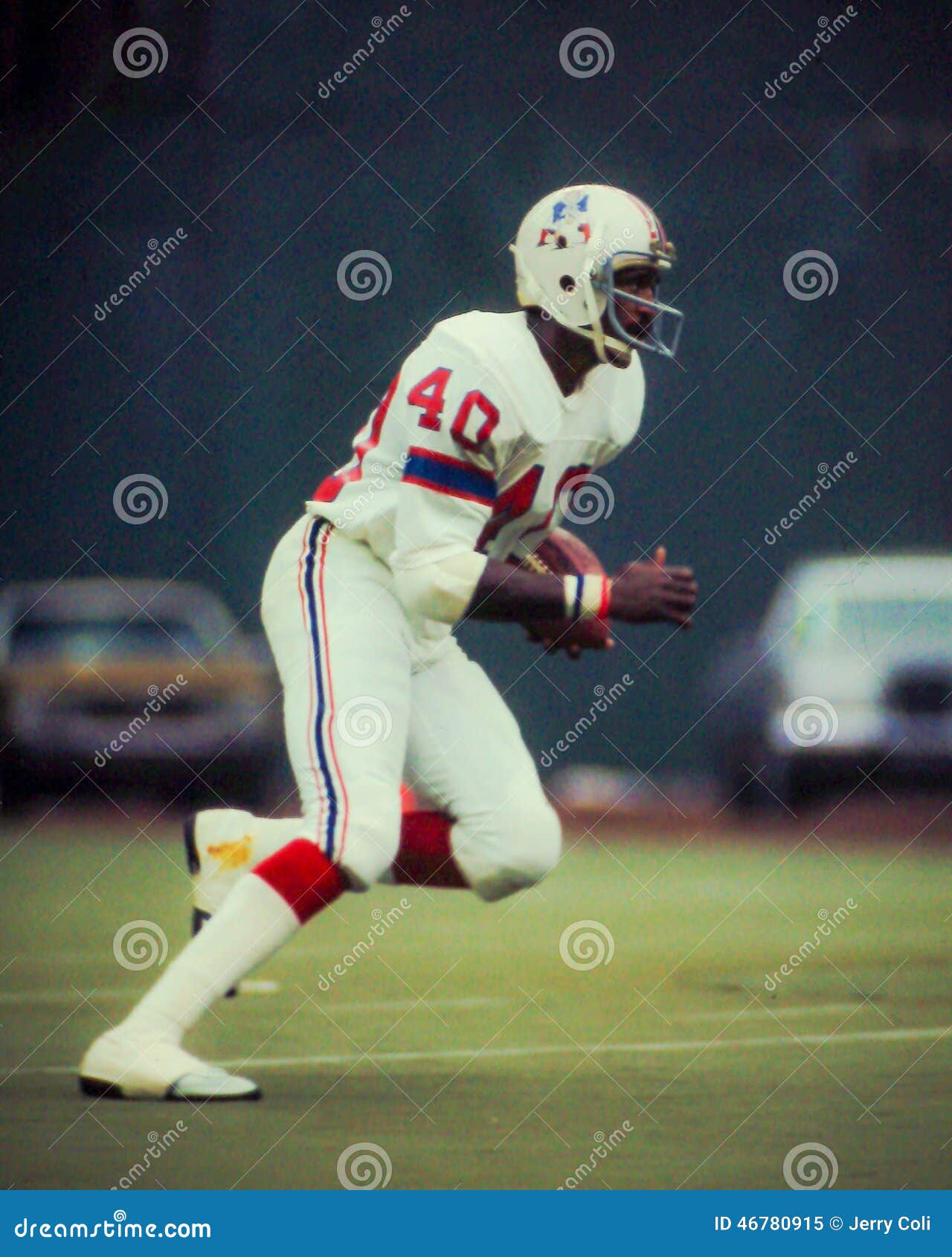 Mike Haynes played as a cornerback for the New England Patriots and the Los Angeles Raiders. He used his speed, quickness and range to become both a premier defensive back and an outstanding punt return specialist.

Haynes was selected in the first round in the 1976 NFL Draft by the New England Patriots. He enjoyed a sensational rookie year with the Patriots with eight interceptions and an AFC-leading 608 yards on 45 punt returns. That year, Haynes gave the Patriots their first-ever touchdowns on punt returns with 89-yard and 62-yard returns. He earned a Pro Bowl invitation as a rookie, the first of nine Pro Bowl bids. He also won NFL Defensive Rookie of the Year honors. The 1976 Patriots had an 11-3 record and clinched a playoff berth for the first time in 13 years. In the first round the Patriots lost to Oakland Raiders 24-21. In 1978 Haynes had 6 interceptions and returned one of them for a touchdown against the Baltimore Colts. The Patriots won their division but lost to the Houston Oilers in the playoffs. Haynes played 4 more seasons with New England with 9 picks and a single touchdown in 1980 against the rival New York Jets.

Haynes recorded 28 interceptions and 1,159 yards on 111 returns, a 10.4-yard average during his seven years with the Patriots. He started his career with 58 consecutive starts before being sidelined with a rib injury late in 1979. Haynes was inducted into the Patriots Hall of Fame in 1994 and number was retired as well.

Haynes played out his option with the Patriots in 1982, and in November, 1983, his contract was awarded to the Los Angeles Raiders in a settlement that gave the Patriots a No. 1 draft choice in 1984 and a No. 2 pick in 1985. After playing the last five regular season games, he started in the Raiders’ Super Bowl XVIII victory, notching one interception, two pass breakups and one tackle. His partner in the Raiders’ secondary was Lester Hayes, and the tandem was quickly recognized as one of the best cornerback duos in league history.[1] Washington Redskins general manager Bobby Beathard later said that Haynes tipped the balance heavily in the Raiders’ favor. The Raiders and Redskins had played in the regular season when Haynes was still a Patriot, and his addition gave the Raiders the luxury of having two shutdown corners.[2][page needed]

In 1997, he was elected to the Pro Football Hall of Fame. In 1999, he was ranked number 93 on The Sporting News‘ list of the 100 Greatest Football Players. Haynes is considered by many football experts to be the best overall cornerback in the history of the NFL