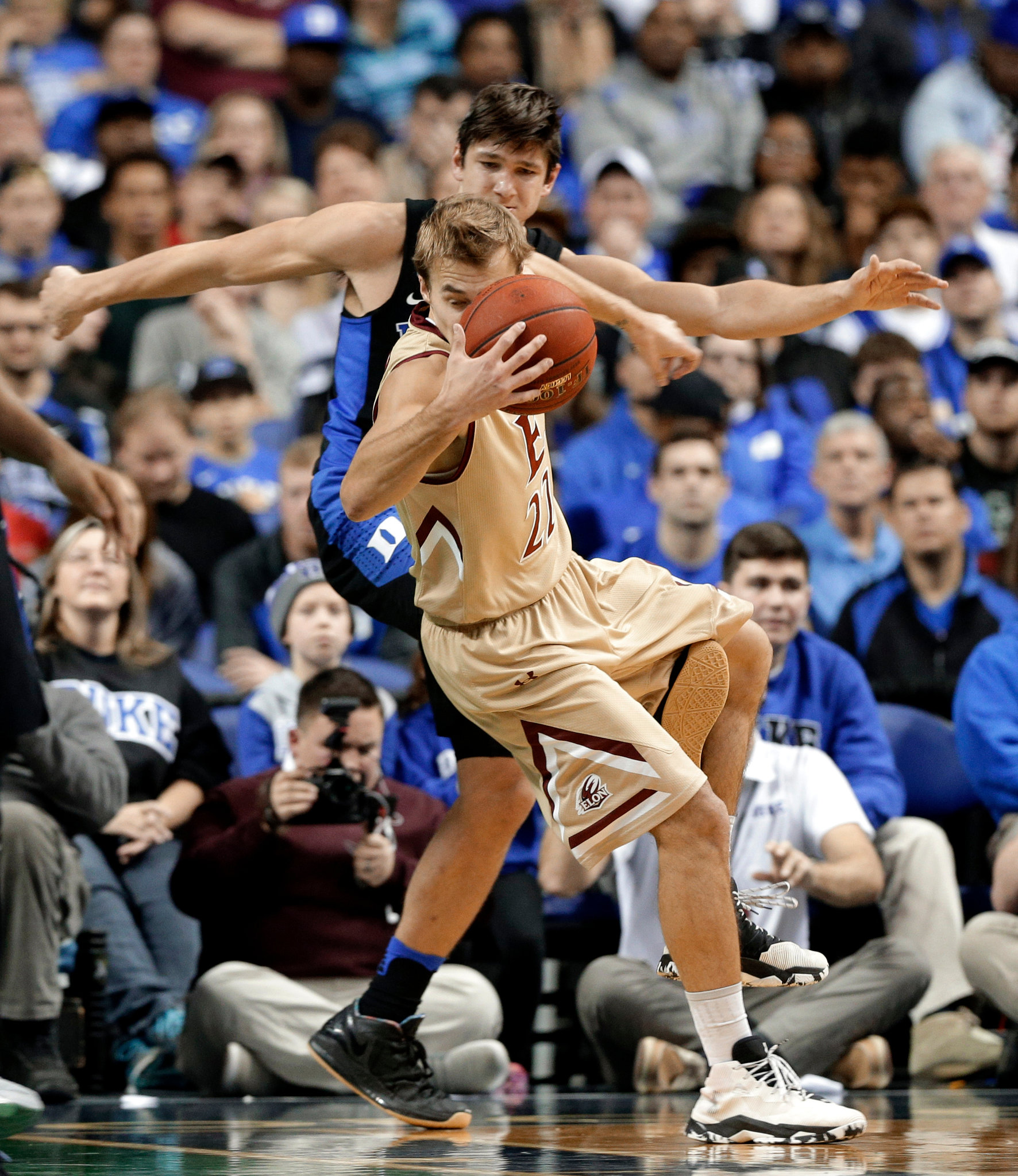 As if you needed any further reason to dislike Duke …Grayson Allen has given Duke haters another reason to do so.  He tripped an opponent for the third time in a year. The other two times ? On Feb. 9, Allen received a flagrant foul for extending his leg to trip Louisville’s Ray Spalding after he fell to the court and Spalding tried to go by him.

Roughly two weeks later, Allen kicked up his left leg to trip Florida State’s Xavier Rathan-Mayes as Rathan-Mayes tried to run by from behind.

See a pattern here? Things don’t go his way and he starts playing dirty.If you look at the picture above you see where his foot ultimately lands.  I grew up in Brooklyn New York where dirty play was the order of the day , you learned to deal with but a trip like that …well let’s just say I have seen guys get into fights on a basketball court for less. Allen should be thankful that neither the Elon player or his teammates came after  Allen. Things could have turned very ugly very fast. Whatever punishment Duke dealt their player from the other two incidents that were mentioned above, apparently didn’t get the message across. Duke has now suspended Grayson Allen …indefinitely!

Duke Head Coach Mike Krzyzewski said “ we needed to take further steps regarding his actions” because they “do not meet the standards of Duke basketball.”In the statement, Krzyzewski called Allen’s actions “unacceptable and inexcusable.”

Even Grayson Allen himself stated…“Just talking about what led up to it is just an excuse,” Allen said. “There’s no excuse for it.”  We agree no excuse for that not once, twice and especially a third time.

One thought on “Smallthoughts: Rant of the Week …Grayson Allen”