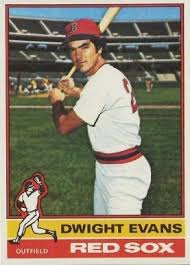 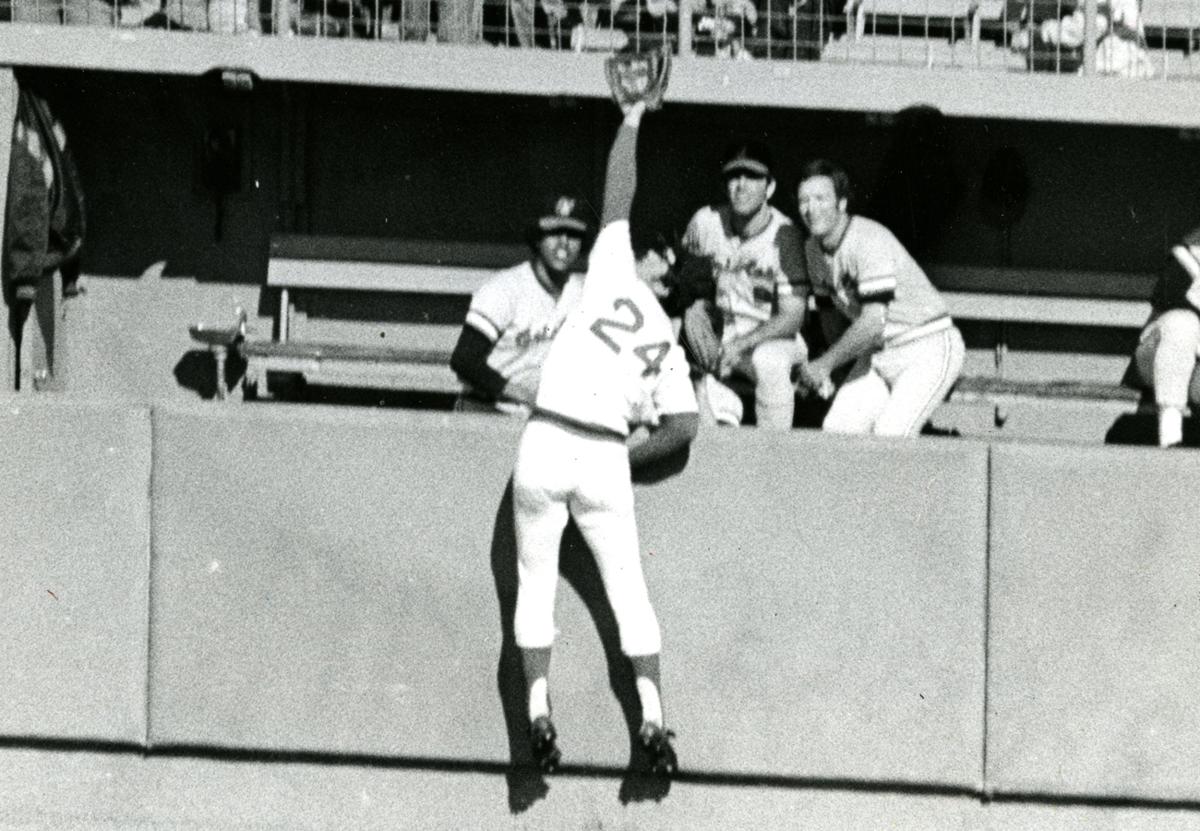 At the time of Dwight Evans career you could say he was over looked by more prominent outfielders like Reggie Jackson, Dave Parker, Dave Winfield and even his own teammates Fred Lynn and Carl Yastrzemski. Evans was just  as good as a fielder as they were and had a very strong and accurate arm.

In the historic 6th game of the 1975 World Series, with the score tied 6-6 in the 11th inning, Evans made a spectacular catch of a drive hit by Cincinnati Reds second baseman Joe Morgan. He threw to first base to complete an inning-ending double play. Carlton Fisk hit the famous walk off home run in the 12th inning to win the game for the Red Sox 7-6.

Evans hit a home run four times on Opening Day. On April 7, 1986, he set a major league record by hitting the first pitch of the season for a home run, eclipsing the mark held by the Chicago Cubs‘ Bump Wills, who hit the second pitch for a home run on April 4, 1982. He wore number 24 in honor of his hero…Willie Mays.