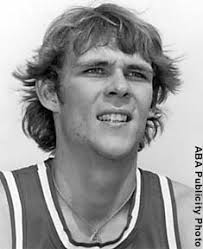 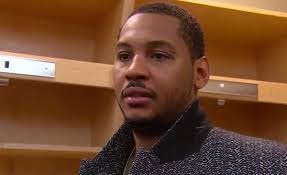 George Karl is like everyone else he ‘s got an opinion, the difference is his opinions are now public because he wrote a book. It’s apparent he has ill feelings towards Carmelo Anthony calling Anthony a “user.”  So he was asked What’s an example of Carmelo’s being a “user”? Here is his comments:
“I think what I have to say about that is in the book. But here’s what I’ll say now: Melo is a hell of a player, the best offensive player I’ve ever coached. I owe him as much as anyone for my having a great record. But there’s a new generation of players interested in personal branding and gaining money and power off the court, and that’s all new to me. There were too many times with Melo when what was going on off the court was more important than what was happening on the court. It bothered me then and it bothers me now. That kind of thing bothered me just the other night.”

in his book he went further in torching Carmelo Anthony“Carmelo was a true conundrum for me in the six years I had him,” Karl wrote. “He was the best offensive player I ever coached. He was also a user of people, addicted to the spotlight and very unhappy when he had to share it.

“He really lit my fuse with his low demand of himself on defense. He had no commitment to the hard, dirty work of stopping the other guy. My ideal — probably every coach’s ideal — is when your best player is also your leader. But since Carmelo only played hard on one side of the ball, he made it plain he couldn’t lead the Nuggets, even though he said he wanted to. Coaching him meant working around his defense and compensating for his attitude.”

Karl also wrote: “The volume of questions about Carmelo eventually wore me down. Sometimes I got so sick of talking about him that I’d just throw up my hands and say: ‘I don’t know what he is and I don’t care.’ ”

Karl wrote Anthony and Martin not having fathers in their lives became a detriment to their personalities.

“Kenyon and Carmelo carried two big burdens: all that money and no father to show them how to act like a man,” Karl wrote.

Karl wrote Anthony “was such a talented kid,’’ he could’ve “become the best defender at his position in the NBA.’’

Talking about someone’s upbringing about manliness to many including here believes that is crossing the line. He comes across as totally condescending, angry and bitter and out of touch. Yet he wants back in to the NBA.

His stated goal is to get back to coaching in the NBA, if that is truly his goal writing a book like this and torching not only Carmelo but other former and current players, refs and owners isn’t the way to get back into the league, in fact it is the best way to keep everyone from hiring you.

2 thoughts on “Smallthoughts: Rant of the Week …George Karl”