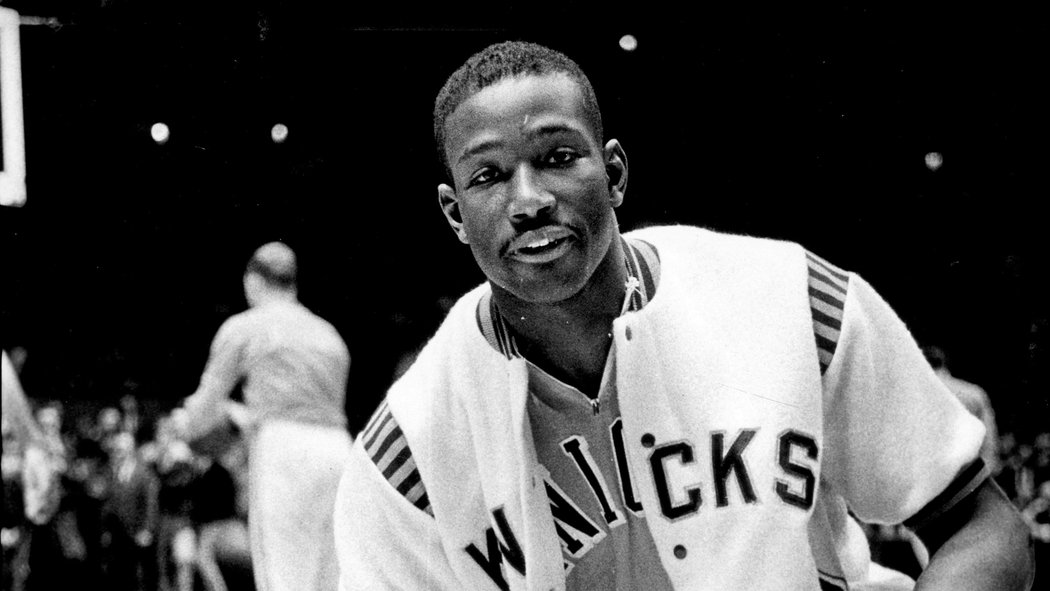 In his final college game, Walt Bellamy set Indiana and Big Ten Conference records that still stand with 33 rebounds (and 28 points) in an 82-67 win over Michigan. Bellamy was named an All-American in both his junior and senior year (1960 and 1961). Bellamy was the first Hoosier taken No. 1 in the NBA draft and the first Hoosier named NBA Rookie of the Year.

Bellamy had a stellar 14-year career in the NBA, and was the NBA first overall draft pick in 1961. Bellamy was named the NBA Rookie of the Year in 1962 after having arguably one of the three greatest rookie seasons in NBA history (along with Wilt Chamberlain and Oscar Robertson). His 31.6 points per game average that season is second all-time for a rookie to Wilt Chamberlain’s 37.6, and the 19 rebounds per game he averaged that season is third best all-time for a rookie (to Chamberlain’s 27 and Bill Russell‘s 19.6).

Bellamy also led the NBA in field goal percentage in his rookie season, and had a 23-point, 17-rebound performance in the 1962 NBA All-Star Game. Bellamy played with the Chicago Packers, which became the Baltimore Bullets, for his first four seasons before he was traded to the New York Knicks for Johnny Green, Johnny Egan, Jim Barnes, and cash a few games into the 1965–66 season.

Due to trades to teams with offset game schedules during the 1968–69 season when he was traded (with Howard Komives) from the Knicks to the Detroit Pistons for Dave DeBusschere, Bellamy set a still-standing record for NBA games played in a single season with 88 (He played 35 games with the Knicks, 53 with the Pistons). He later played for several seasons with the Atlanta Hawks, and finished his career with the New Orleans Jazz.

Bellamy ended his NBA career with 20,941 points and 14,241 rebounds, and is a two-time Naismith Memorial Basketball Hall of Fame inductee, being inducted in 1993 for his individual career, and in 2010 as a member of the 1960 United States men’s Olympic basketball team. Despite being one of the league’s top rebounders, Bellamy never made an All-NBA team.