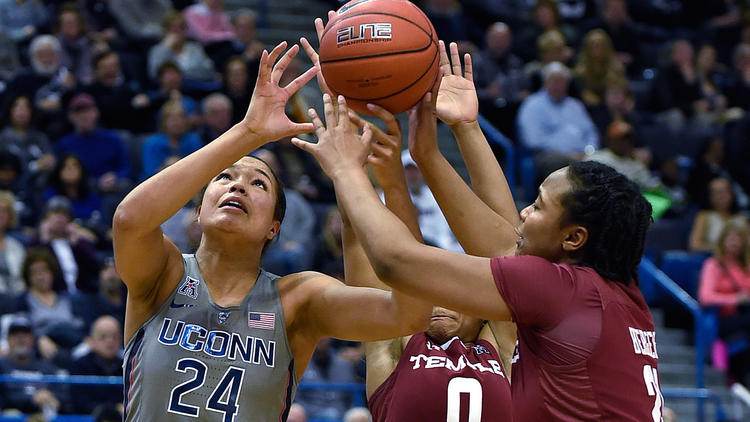 Yawn, another game , another win for UConn women. Wake me when they lose a game. Nah, keep winning especially now as it gets close to tournment time. You need to keep your edge. After winning 100 games in a row, the Huskies continue to add to their record streak by winning games 101 and 102 games in a row. Their latest win was against Temple 90-45.Seriously! For the season the Huskies are 27-0.

“They are just so dominant,” Temple coach Tonya Cardoza said. “Every mistake you make, they make you pay for it. They took the ball out of Fitzgerald’s and Butts’ hands. We were not paying attention to that and we were in disarray in the offensive end.”

“When you are playing against UConn, you have to just hope that they are missing shots,” said Cardoza, a former UConn assistant. “I felt like they were missing shots, a lot of shots they normally make, at Tulane. Tulane played with a lot of confidence and they took care of the ball. Connecticut wasn’t allowed to get back in transition and score transition buckets. We knew if we could take care of the basketball and limit transition baskets and not give up second-chance points, then we might stand a chance. But to start the game, we were giving them easy transition points.”

It will be news when someone actually beats UConn until then , the streak is 102 and counting. Next!