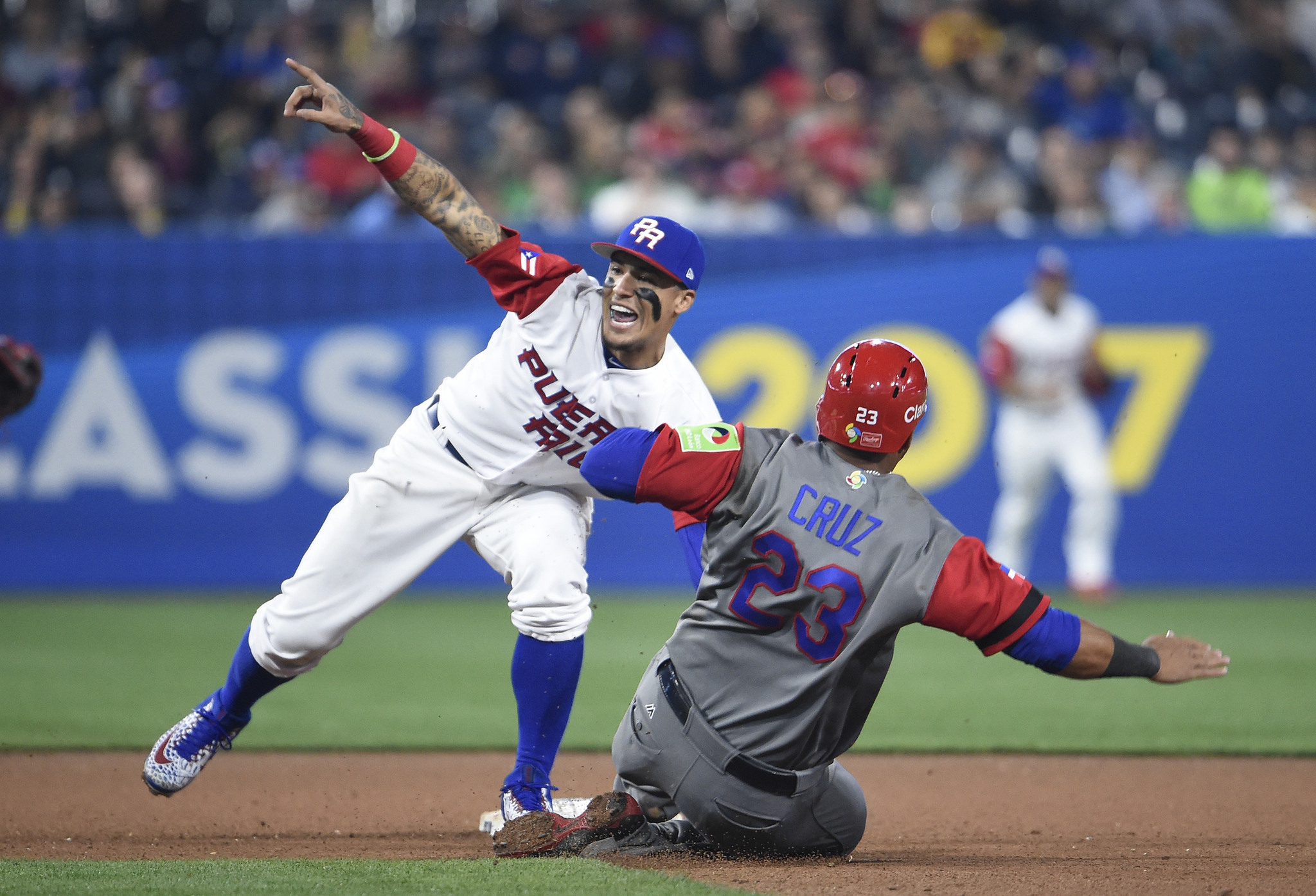 When the World baseball Classic was first introduced I wasn’t a big fan of it, still not. But whether you are or not don’t tell the players it ‘s not legit or that it doesn’t matter.  It matters to them. Watch how they play with passion and pride and you see it matters. That’s not to say that there aren’t issues with this tournament, there is , managers and general managers hold their breath and hope their players don’t get hurt  or if they do they don’t miss any serious amount of time. But for the most part , they players do what they do best…play! They are playing hard and again with passion. There  those who don’t like the rules like Adrian Gonzalez who had no problem with voicing his displeasure:

He says he will never play in the WBC again: “It’s good to be the hell out of that tournament.” “They’re trying to be the World Cup. But they’re not even the Little League World Series.” His most stinging remarks he saved for the MLB brass…”You have no integrity. Everything you guys are doing is a bunch of BS.”

Again while some aren’t thrilled with the WBC , don’t tell everybody else that this tournament doesn’t matter …to the players around the world and in the classic…it matters.