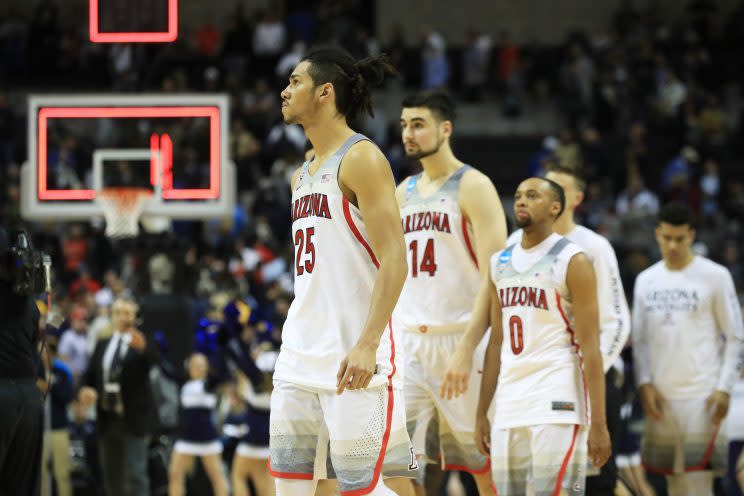 Nothing in sports is more unpredictable than March Madness …if you think I am kidding ask anyone who had their bracket busted by an upset they didn’t see coming … in this tournament Louisville was knocked off , Villanova (the defending champs) and Duke were also eliminated…now add the Arizona Wildcats to that list of elite teams to get knocked out of the tournament. 11th seed Xavier beat Arizona 72-71 to advance to the elite 8, the sound you just heard is someone ripping up their bracket …or the sound you just heard is someone saying see I told you I had Xavier going to the elite 8… yeah ok! Xavier rallied from 8 points down with 4 minutes left to stun Arizona. Xavier got 25 points from Trevon Bluiett and 14 from J.P. Macura, who sliced up Arizona’s defense all game long, creating good looks for himself and his teammates. The Musketeers shot 53% for the game, getting an easy layup with 40 seconds left on a feed from Bluiett to big man Sean O’Mara rolling to the rim. That play completed the comeback for Xavier, which fell behind 69-61. The win puts Xavier in unchartered waters in the elite 8 and they face Gonzaga neither team has ever been to the Final Four so for either team they will be where they have never gone before. But for now Xavier enjoy your moment in the Sun!