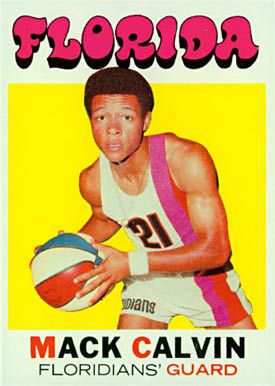 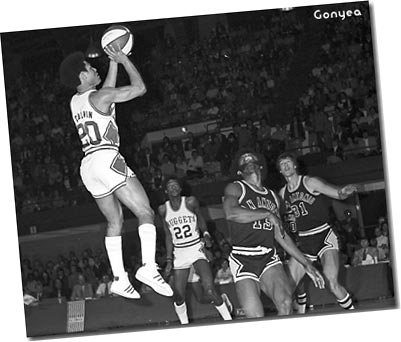 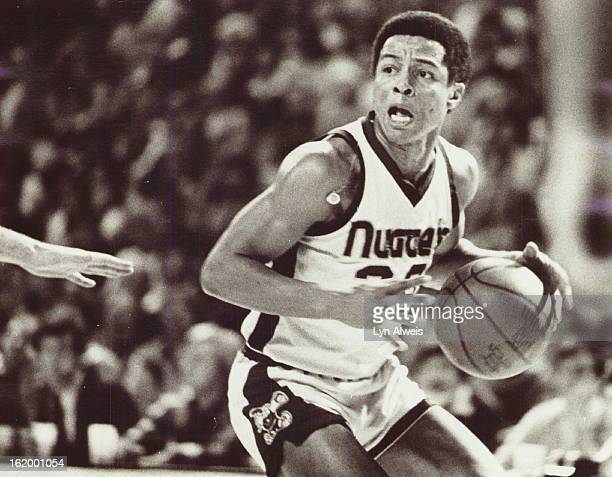 Calvin began his professional career with the ABA’s Los Angeles Stars, averaging 16.8 points per game in his first season to make the ABA All-Rookie Team. The following season, he averaged a career-high 27.2 points for The Floridians, in the process setting the ABA records for most free throws made (696) and most free throws attempted (805) in one season.Calvin also played for the ABA’s Carolina Cougars, Denver Nuggets, and Virginia Squires before the ABA–NBA merger in 1976. He also briefly coached the Squires during the 1975–1976 season. During his ABA career, he tallied 10,620 points and 3,067 assists (second in ABA history behind only Louie Dampier‘s 4,044) and appeared in 5 All-Star games.

Calvin joined the Lakers for the 1976–77 NBA season but saw a sharp decline in playing time. He was able to match the same level of production per minute he reached while in the ABA, though. He spent his four seasons in the NBA with five teams—the Lakers, the San Antonio Spurs, the Denver Nuggets (which had joined the NBA in 1976), the Utah Jazz, and the Cleveland Cavaliers—before retiring in 1981 with an NBA career scoring-average of 7.0 points per game.