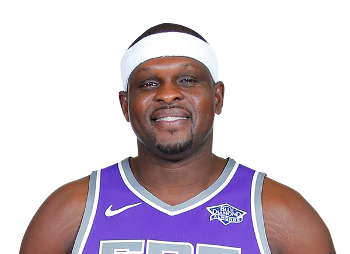 This past week the NBA Free agency began and as expected there was and will continue to be lots of player movement. One such move saw long time Grizzle Zach Randolph leave Memphie to go play for the Sacremento Kings. Ok no big deal right players come and go and sometimes if they are nice they take out a ad and say a respectful goodbye. But this week the Memphis Grizzlies did one better , they took out an ad and did an open letter to Zach Randolph of all his years in Memphis. You don’t see this often especially in the sports world where loyalty doesn’t exist especially when a player leaves.  This definitely earned Rave of the week…check out the open letter by General Manager Chris Wallace.

It’s always about basketball — but sometimes it’s about more than basketball. That’s when it’s special.

The eight years Zach spent in the mud, in Memphis, are special. They are filled with franchise-defining basketball success, but they are so clearly about more than that. Every Memphian felt it and all of us believe it.

Zach helped establish what it means to play for the Grizzlies on the court and in the community, and in doing so helped forge an identity for our City.

His numerous on the court accomplishments speak for themselves. He is our all-time leader in field goals, rebounds and of course, takedowns.

He is a proud civic leader and an extraordinary hands-on community benefactor. It is no coincidence that our collective dedication to service in our communities and our pride in Memphis surged during his time here.

The Grit for me is raising my three children to be positive every day. That is my Grit. And the Grind is getting up every day to work at a job that really doesn’t want to allow me to spend the time I need to be with my children. That is my Grind. I have to Grind for my kids.

Grit & Grind is more than a motto to us, it has become a civic code of conduct and cultural ethos. It’s the way we do things in Memphis and at the Grizzlies. The best way for the team, the organization and for the City of Memphis to honor and respect the foundation built on Zach’s broad shoulders is to continue to Grit & Grind.

While there will be a time and place to recognize your lasting impact in Memphis, starting today, as stated earlier by Controlling Owner, Robert Pera, number 50 will never be worn by any other member of the Memphis Grizzlies.

From Memphian to Memphian, thank you and best of luck to you and your family.

One thought on “Smallthoughts: Rave of the Week…Memphis Grizzlies”