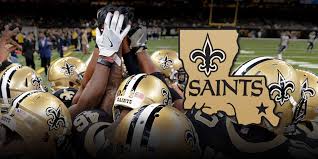 The rant of the week is on the New Orleans medical staff who can’t seem to get their diagnosis correct. According to the following published report:

The Saints have fired team orthopedists Deryk Jones and Misty Suri, according to ESPN.com’s Mike Triplett, after cornerback Delvin Breaux was discovered to have a broken fibula following the original diagnosis that it was just a bruise.

Breaux, whom the team was reportedly open to trading in the days leading up to this latest development, will have surgery and miss 4-6 weeks. Coach Sean Payton was “livid over the latest issue,” writes Triplett who adds that “there had been other incidents of frustration with the medical staff in the past.”

Breaux emerged as the Saints’ No. 1 cornerback during the 2015 season, but he suffered a broken fibula during the regular-season opener in 2016 and appeared in just six games. The fracture is thought to be to the same leg but it’s not believed to be a re-occurrence of the same injury.

We would be naïve to believe that this is a rare occurrence in sports never mind in the NFL but to be this bad that the team has to dismiss it’s doctors …well it says a lot about incompetence.