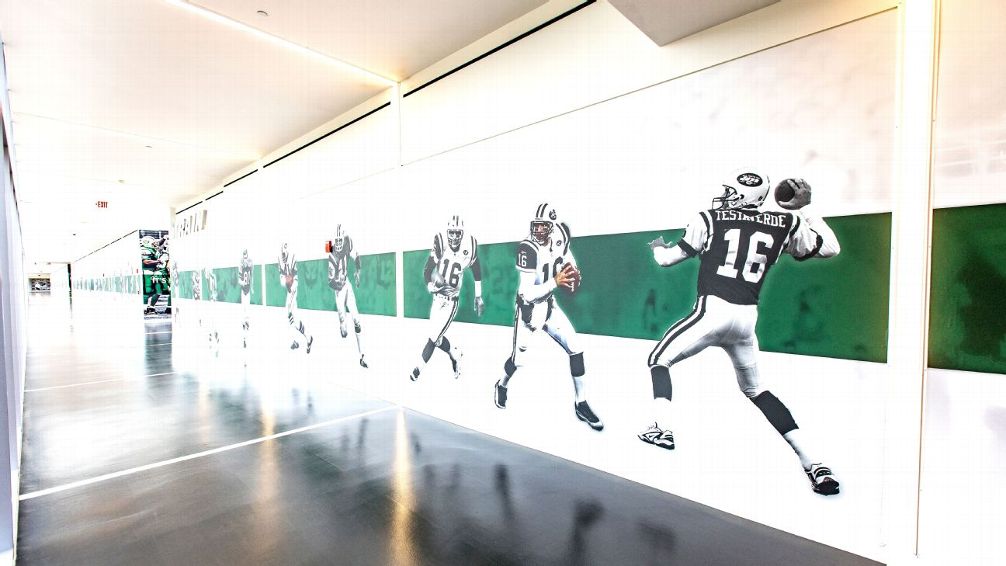 If Todd Bowles is indeed going to take the fall if as anticipated the Jets tank the season, say this for him he is going to go down changing the culture in Floral Park …literally.

According to a published report by ESPN’s Rich Cimini the Jets coach did more than overhaul the roster he wanted to improve the vibe at the jets training facility.

What used to be known as “Fan Alley,” panoramic stadium photos that stretched the entire length of the corridor, is now a tribute to the greatest players in Jets history. The generic fan shots have been replaced by life-sized pictures of 26 players and one coach (Weeb Ewbank), a virtual Wall of Fame that includes everyone from Joe Namath to Vinny Testaverde.

Bowles took a hands-on role in the project, selecting which players he wanted on the wall. He made sure every decade is represented, starting with the 1960s. The wall includes most of the Ring of Honor, plus other former players such as Chad Pennington, Wayne Chrebet and Kevin Mawae. The only current players are Leonard Williams and Quincy Enunwa.

It includes many great players, including Hall of Famers Namath, Don Maynard and Curtis Martin. The late Dennis Byrd, tragically killed in a car accident last year, also appears on the wall.

Give Bowles credit for not only saying the culture needs to change but actually doing something about it and reminding the players of the team’s history and the great players that have come through it. Joe Klecko, Joe Namath, Curtis Martin, Wayne Chrebet, Vinny Testaverde, Chad Pennington, just to name a few. The team needed a culture change in the worse way and maybe this is a good place to start.

4 thoughts on “Smallthoughts; Rave of the Week …Todd Bowles”