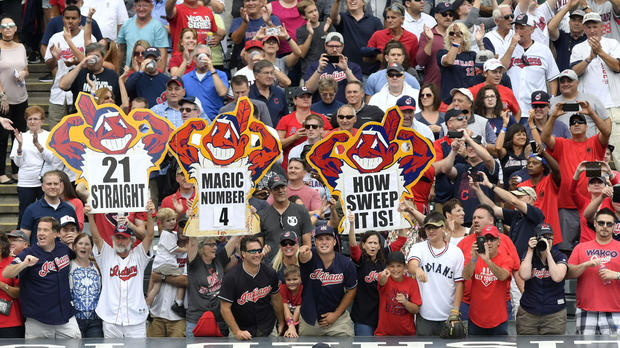 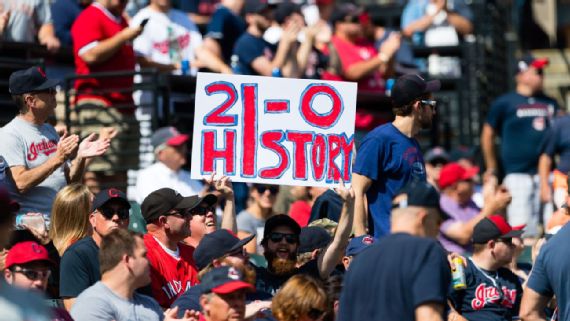 The winning streak began back in August against the Boston Red Sox and now at mid September the Indians now hold the American League record for 21 straight wins. When we last saw the Indians they were up 3 games to 1 in the 2016 World Series against the Chicago Cubs. Apparently losing the World Series hasn’t slow down the Indians or have them feeling sorry for themselves instead …they just keep winning.

The major league record is 26 straight wins by the New York Giants in 1916, though there was a tie during that streak as well. To claim that record, Cleveland will have to sweep the Kansas City Royals at home before taking two games from the Los Angeles Angels in Anaheim, Calif.

Can they do it? It will be fun watching to see if they can.

As of this posting the Indians stretched their winning streak to 22 wins in row with a 10 inning walk off win against the Kansas City Royals.