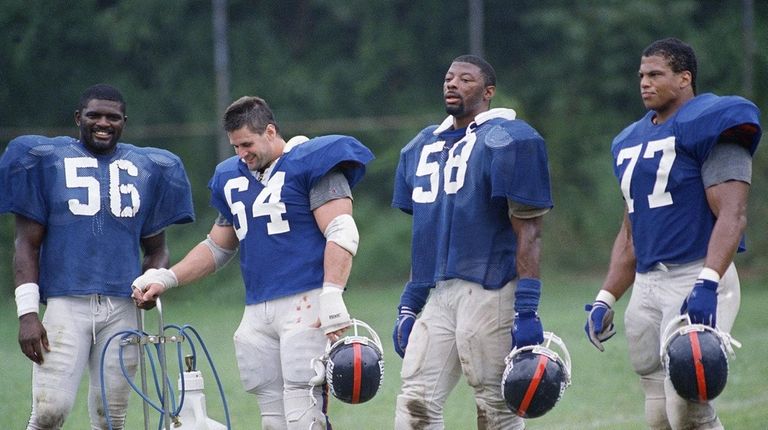 Another Giant among many who played with pride for the Giants is…Carl Banks.

He played college football at Michigan State University and was the third overall pick in the 1984 NFL Draft. He was a member of the Giants teams that won Super Bowls XXI and XXV as well as a key part of the Big Blue Wrecking Crew. Banks was a standout in their Super Bowl XXI victory in which he recorded 14 total tackles, including ten solo tackles. In 1993, Banks entered a three-year contract to play for the Washington Redskins. He was released from the Redskins after the 1993 season and spent his final two years with the Cleveland Browns before retiring after the 1995 season.

Taylor was the standard that linebackers are measured against but Banks was just as important and valuable to the Giant Defense.