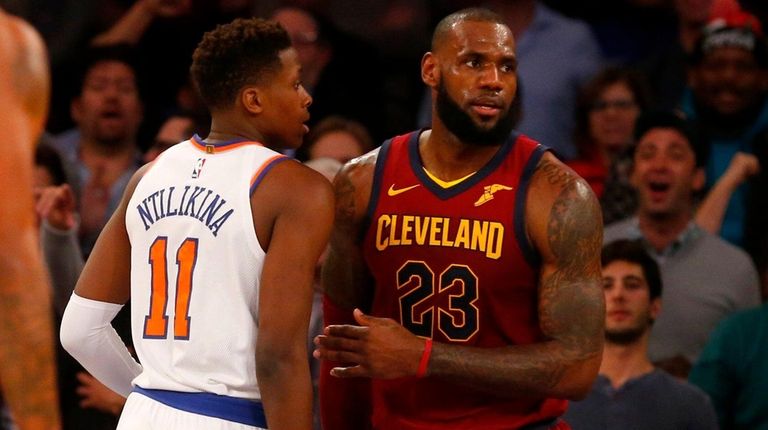 Earlier this week the New York Knicks entertained the Cleveland Cavaliers and Lebron James in which the Knicks blew a 23 point lead to lose to the Cavs. That was only part of the story. The real story turned out the bully tactics of Lebron James on rookie Frank Ntilikina. The rookie stood up to Lebron and endeared himself to the Garden faithful. Lebron before the game took shots a ousted Knick executive Phil Jackson calling Jackson “Old Fella” and said he thought the Knicks should have drafted Dennis Smith Jr.  How the careers of Smith and Ntilikina will shape up only time will tell. But someone ought to remind Lebron he can barely stop playing General Manager on his own team and then ripping his own management for the construction of the Cavs now he wants to tell other teams who they should draft/ If I remember correctly wasn’t it Lebron James who told the Miami Heat to draft Shabazz Naiper and how much he would love to play with him? How did that work out? Yes exactly Lebron left to return to Cleveland and Naiper ? Lebron stay out of the General Manager business it’s bad for someone nicknamed the King.