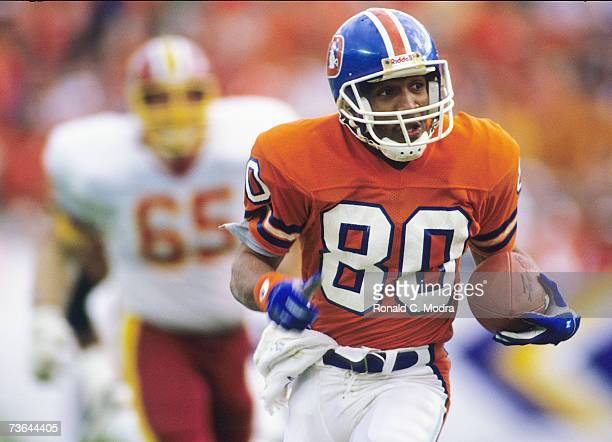 Mark Jackson was selected by the Denver Broncos in the sixth round of the 1986 NFL Draft. Jackson attended high school at Terre Haute South Vigo High School and Alton Senior High School. A 5’9″, 174 lb (79 kg) wide receiver from Purdue University, Jackson played in the 1984 Peach Bowl before spending nine NFL seasons from 1986 to 1994 for the Broncos, the New York Giants, and the Indianapolis Colts. Jackson played in Super Bowls XXI, XXII, and XXIVwith the Broncos. Jackson caught the touchdown pass that sent the game into overtime on “The Drive” in the Broncos’ January 11, 1987 AFC Championship Game victory over the Cleveland Browns. Along with Vance Johnson and Ricky Nattiel, Jackson comprised the “Three Amigos” receiving combination in the late 1980s. As of 2017’s NFL off-season, Mark Jackson held the Broncos franchise record for career yards per reception in the playoffs (20.29).