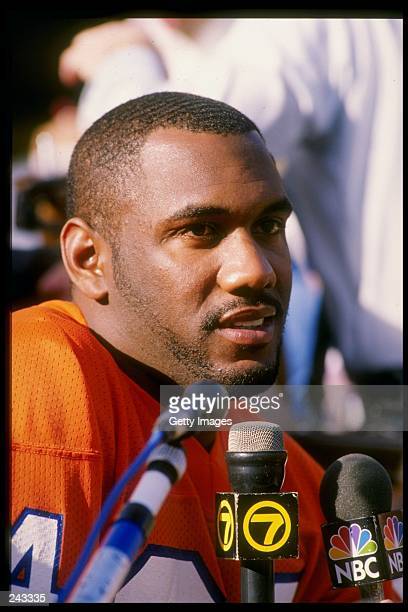 The Denver Broncos chose Nattiel in the first round (27th overall pick) of the 1987 NFL Draft, and he played for the Broncos in six NFL seasons from 1987 to 1992,including eight playoff games and two Super Bowls. His rookie season, he had 31 receptions for 630 yards, a franchise rookie record of 20.3 yards per catch. His second year, he upped his receptions to 46, and was the Broncos primary punt returner for 972 all purpose yards. His numbers decreased after that. One of the highlights of his professional career was catching a 56-yard touchdown pass from quarterback John Elway against the Washington Redskins on the Broncos’ first play from scrimmage in Super Bowl XXII. Nattiel and fellow Broncos wide receivers Vance Johnson and Mark Jackson all played together from 1987 to 1992 and were nicknamed “The Three Amigos.” He finished his six-year NFL career with 121 receptions for 1,972 yards and eight touchdowns.