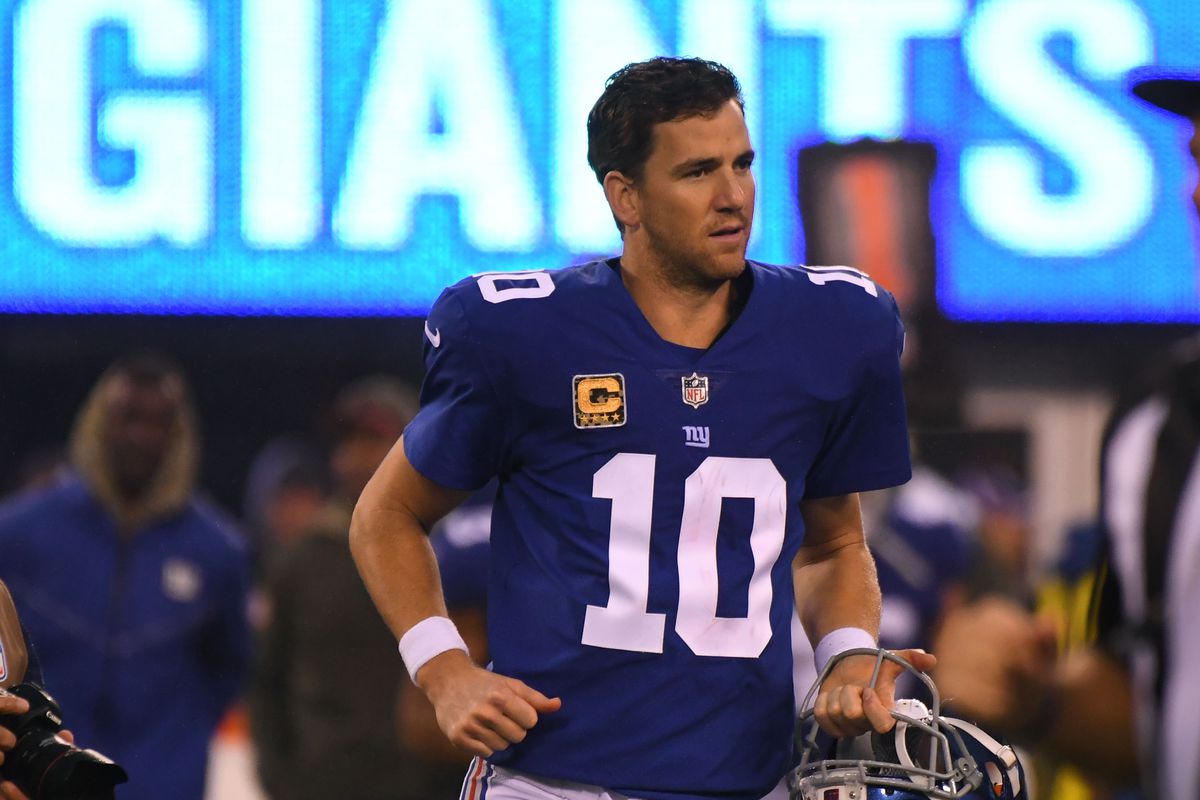 Before I start my rant let me say to all Giant fans …Now you know what Knick fans Mets fans and Jet fans have been going through with dysfunction.

Now it seems the Giants are now the poster boys of dysfunction. They can’t do anything right, say anything right and can’t even handle their own public relations right. Case in point …the benching of Eli Manning.

This season has been ugly no doubt about it. The fans are having a hard time to stomach a 2-9 team. Alot was expected of this team this was a team with super bowl expectations. Starting with a 0-3 didn’t help then the injuries that wipe out their receiving corps made things worse. The offensive line which was suspect to begin with was even worse as the season wore on. They can’t run the football and the receivers that are healthy can’t catch the football. Yet it is all Eli Manning’s fault. His coach said so. One published report went on record to sat that McAdoo, for some time, has been chirping in the Giants’ building to others about Manning’s lack of arm strength, lack of mobility, bad decisions, and an inability to win with him.

Really?? Manning has 2 super bowl rings 2 super bowl MVPS. Beat Tom Brady not once but twice. What’s Mc Adoo got? Eli has beaten Brett Farve in Green Bay in the coldest game of year in the NFC Championship game that got the Giants to the super bowl in 2007. McAdoo has been pricky with the media all season, when you are 11-5 you can get away with it but when you are 2-9 …not so fast so the wolves in the media are out in full force. But Mc Adoo did himself no favors for his excuses for bad play. He is a broken record week after week like Rich Kotite used to be with the Jets back in the 1996 season when they went 1-15. As bad as Mc Adoo has been as coach, Jerry Resse has been worse ignoring the offensive line not doing anything to upgrade it give your franchise quarterback protection and when your head coach whines about what he doesn’t like about Eli he says nothing to put his coach in check. You got two Super Bowl rings on the back of Eli. Not on the playbook of Ben Mc Adoo. So for him to sign off on Eli getting benched smells rotten to the core.

We like to think that John Mara is the voice of reason with the Giants but where was his voice of reason when these two idiots came to him and said we are going to bench a 2 time super bowl winner in favor of a guy who is lucky to be in the league…he too did himself no favors either. He should have fired both of them on the spot. Stick up for the man who put two super bowl trophies in his trophy case. Since you can’t fire an owner then the other idiots need to go. Generally the Giants are looked at as a classy organization and usually handles things better has a better grip on p.r. yet this has blown all of that away. Many Giant fans are hoping Eli ends up in Jacksonville with Tom Coughlin …it would serve the Giants right. The next Giant franchise quarterback isn’t on the roster but the current one is and this is how you treat him? Even players and former Giant players disagree with this move, disagree how it was handled.

One current Giants player said: “It’s not smart. You just made Eli immortal now. You traded five games for his dignity and for all he did for you? Did you think about who you are dealing with? He’s stood for everything you stand for. I don’t see anything positive coming out of it.”

One executive was quoted as saying”I have a ton of respect for Eli not agreeing to play just halves of football to keep his consecutive game streak going,” an NFC East general manager said. “They should have let him finish the season. You’re 2-9 and you’re not going anywhere. Let him finish with some honor. Let him be the only quarterback who started every game he played for the Giants. Let him be that. Or if he plays and struggles in these last five games, put in the backups you want to take a look at then. But don’t go to him with that. There’s got to be a better way.”

Enough is enough time for both Mc Adoo and Resse to be shown the door.