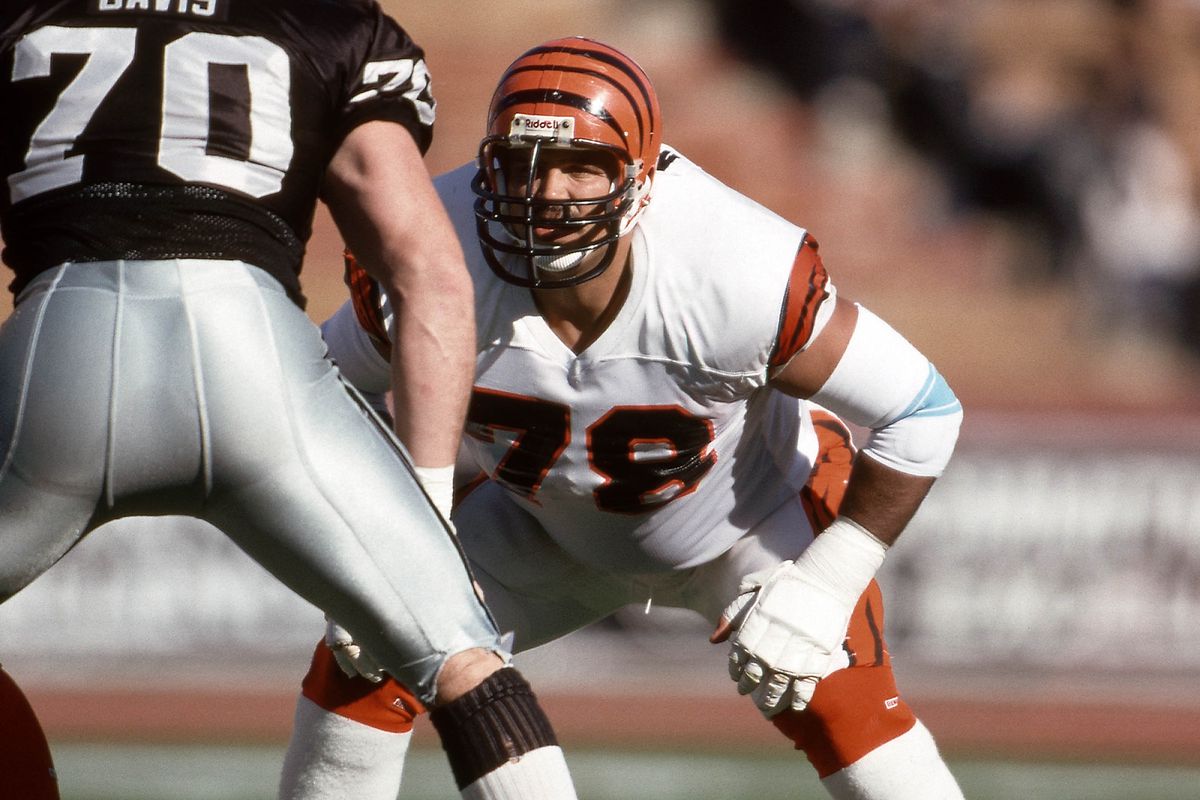 In order for a quarterback to be successful he needs to have people to protect his front and back…he needs a great Tackle …in this case Anthony Munoz.

He is considered one of the greatest offensive lineman in NFL History.

Muñoz was the third overall pick in the 1980 NFL Draft by the Cincinnati Bengals. His selection was viewed as a major risk by many pundits since knee problems limited the 6 ft. 6 in., 280-pound Muñoz to just a combined sixteen games in his junior and senior seasons. Muñoz became a starter in his rookie season and remained a fixture at left tackle for the Bengals for 13 seasons and is considered one of, if not the greatest, offensive linemen in NFL history. Despite his history of injuries, Muñoz missed just three games during his first 12 seasons. His rigorous workout routine included working out in the weight room he had installed in his home and running three to four miles every day.

In addition to his talents as a blocker, Anthony Muñoz was also a capable receiver, notching seven receptions for 18 yards and scoring four touchdowns on tackle-eligible plays, including one in 1984 from rookie quarterback Boomer Esiason against the Cleveland Browns in Cleveland.

At the time of his retirement, his Pro Bowl selections were tied with Tom Mack for the most ever by an offensive lineman in league history, and also set the Bengals franchise record as well. In 1994, Muñoz was named to the National Football League 75th Anniversary All-Time Team. In 1999, he was ranked #17 on Sporting News‘ list of the 100 greatest football players and was the highest-ranked offensive lineman. In 2010, he was ranked #12 on the NFL Network‘s The Top 100: NFL’s Greatest Players list and again was the highest-ranked offensive lineman.

Anthony Munoz was inducted into the Pro Football Hall of Fame in 1998.