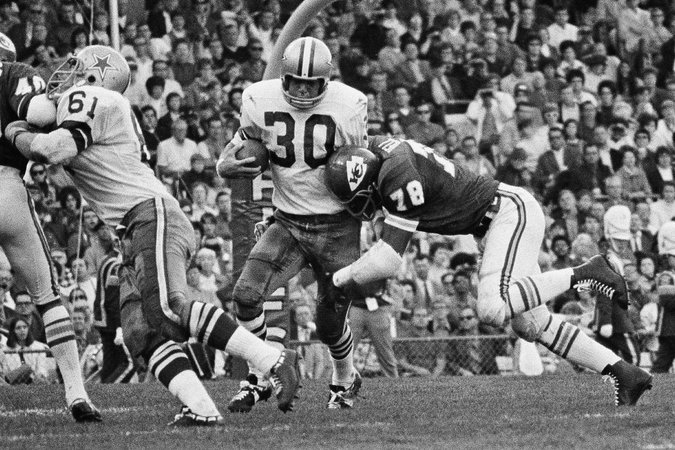 One of Bell’s finest moments came in the 1969 AFL divisional playoff game against the New York Jets. In a critical goal linestand, his key coverage on Jets running back Matt Snell stopped the drive and forced New York to kick a field goal. The 13-6 victory over the Jets propelled Kansas City to its only Super Bowl triumph. During a regular season game against Denver (11/27), the Broncos, trailing 24–17 late in the game, attempted an onside kick that was recovered by Bell, who promptly returned that kick for a 53-yard touchdown.

Bell was noted for his one-of-a-kind athleticism at 6′ 4″ and 230 pounds and was reported to have run a 4.5 40-yard dash. Bell was possibly the most physically gifted linebacker in professional football history, for his speed at such a size made him ideal at outside linebacker. He was noted as one of the finest open-field tacklers in Professional Football history, and if he missed, he had the speed to make up for it.

He was also a great blitzer from the linebacker position. Chiefs records show Bell had 40 career quarterback sacks and he might have had more if he had played right linebacker, not the left linebacker. In that era, more often than not the right-side linebacker got the call to “dog” or blitz since more often than not the tight end would be lined up on the right side (the defense’s left). Since Bell was on the left, he usually covered more than he blitzed. He scored 9 touchdowns in his career: 6 off interceptions (tied for most in NFL history for a linebacker with Derrick Brooks), 2 more touchdowns off fumble recoveries, and one off an onside kickoff return. Coach Hank Stram said that, “He could play all 22 positions on the field, and play them well.” In addition to all that, he was regarded as one of the greatest long snapper centers for field goals and points-after-touchdowns in NCAA and AFL/NFL history.