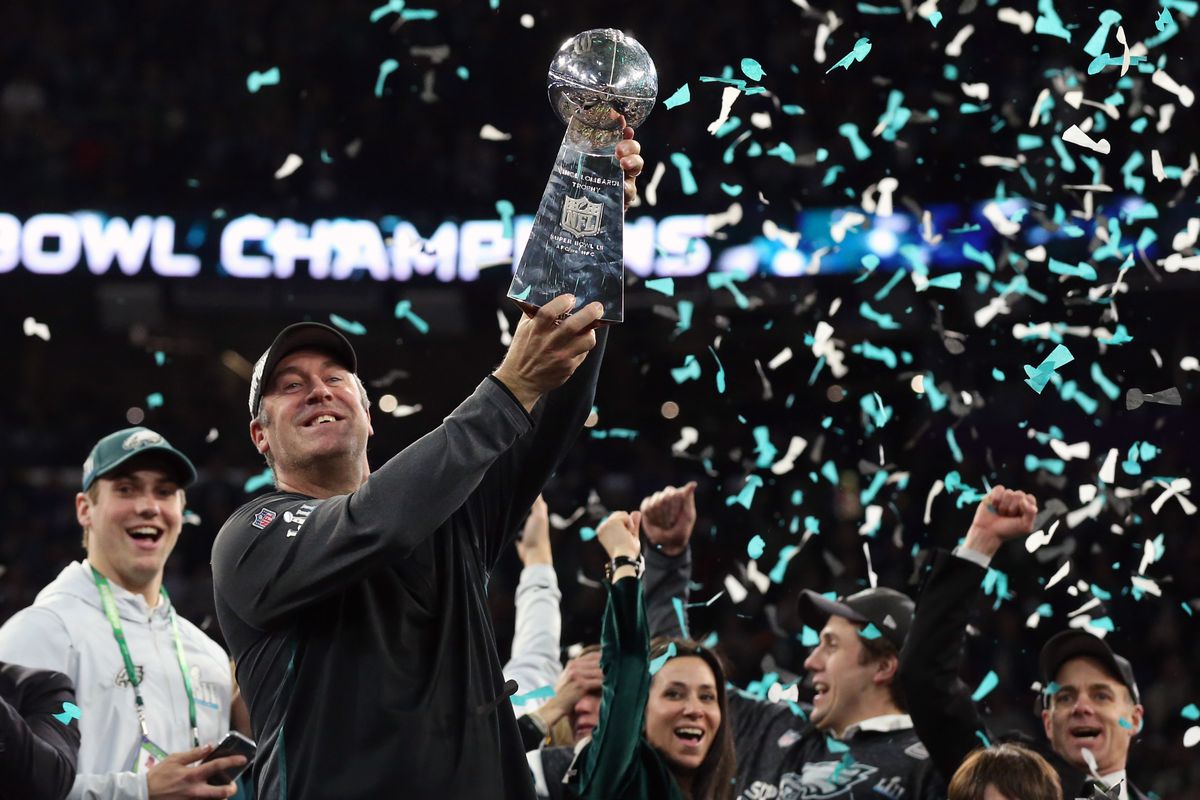 Rave of the Week goes to the Philadelphia Eagles for pulling off the upset and beating the New England Patriots 41-33. This game featured trick plays one by the Patriots with Brady not catching the ball on their trick plays and Nick Foles catching a pass on a trick play Philly ran for a score. If you listen to the national media almost everyone had the Patriots winning this game, why because they’re the Patriots…yet Philly didn’t just buy a ticket to get to the super bowl.

Everyone kept short changing the Eagles. First against the Vikings, then against the Patriots. As far back as late December Smallthoughts stated the road to the Super Bowl was running through Philly (https://smallthoughtsinasportsworld.wordpress.com/2017/12/26/smallthoughts-the-road-to-the-super-bowl-runs-through-philadelphia/)

Their defense, the running game we saw back then it was going to be hard to beat. To be fair neither defense was stellar on Sunday, both were bend don’t break in fact Philly’s defense didn’t get close to Brady until the strip sack late in the game when it mattered most. In the end the Eagles got it done. As my friend Cover2Chris  stated before the game if Foles plays well…Eagles will win, if he doesn’t Patriots will win. Speaking of Foles who took over for the injured Carson Wentz late in the season he ended up being Super Bowl 52 MVP. Check out his stat line.

Smallthoughts congratulates the Philadelphia Eagles on their Super Bowl victory.