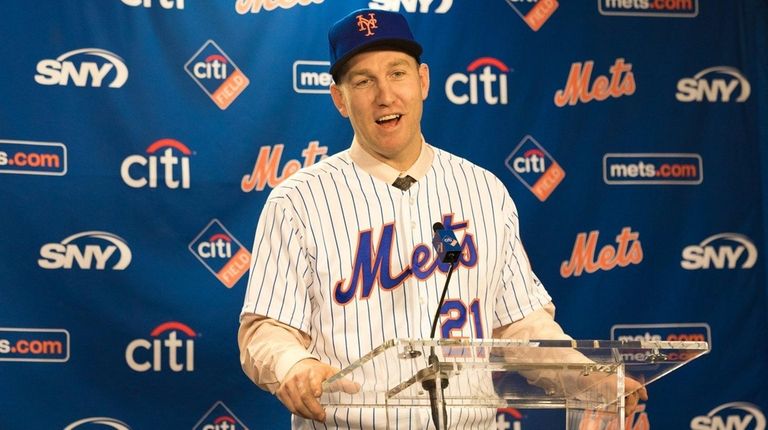 The first thing I noticed when Todd Frazier put on his new Mets uniform was his number 21. Of the many players in Mets histoory I can only think of two that worn that number with distinction is Cleon Jones of the 1969 world championship team and more recently Lucas Duda. Now Todd Frazier has the chance to bring his own brand of distinction to that same number. The signing wasn’t the sexy name fans were looking for but Frazier adds to the lineup and the infield defense. Don’t forget the goal is to win. The Nationals until otherwise shown are the top team in the division, yet if yes that bad word if the Mets stay healthy …this will be a on going season battle that will make the fans excited. Injuries wreck this team all season and they limped home with 72 wins …stay healthy with a return of Jay Bruce with Todd Frazier (former Reds teammates) in the lineup this could be a solid run going forward. 2 years 17 million …I guess Sandy played this signing right.