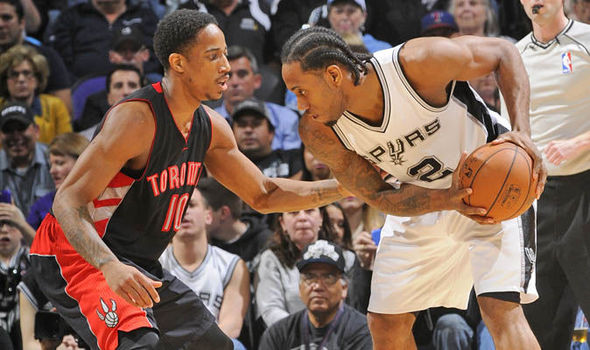 In a off season that saw Lebron James leave Cleveland (again) to go to Los Angeles to play for the Lakers. The move that most didn’t see coming the Toronto Raptors who needed to shake up their roster in the worst way did just that by trading their all star DeMarr Derozan for Kawhi Leonard. This deal makes sense for Toronto despite the misgivings of both players. Toronto cant seem to get pass Lebron in the playoffs and despite boastiing one of the better records in the Eastern Conference the Raptors keep coming up short. Derozan moves to the Western Conference but who awaits him there? Lebron James. What did DeMarr Dorozan do to deserve this?

Toronto unloaded Derozan’s contract which has 3 years to run for Leonard’s one year deal. They can try to convince Leonard to sign with them or if they think Leonard isn’t working out can flip him and his expiring contract to another team and start a rebuild toward the future. San Antonio granted Kawhi his wish by trading him. However his full wish of going to the Lakers will have to wait until the end of the 2018-19 season.