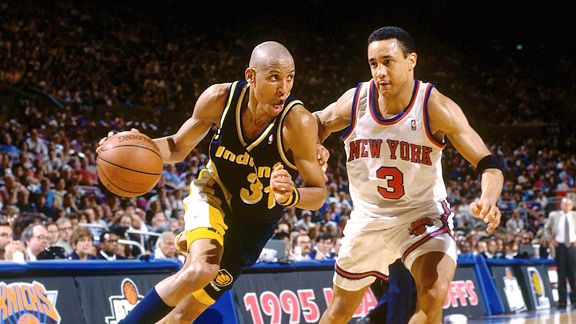 Welcome to this week’s Smallthoughts: Old School Tuesday. Knicks please don’t hate me for this week’s entry. Who is public enemy number 1 to Knick fans? Michael Jordan?…nope Lebron James ? Nope …Wilt Chamberlain? …nope …it is none other than Reggie Miller. And just as a side thought say what you will about Reggie Miller but if you look at his game…it is made for today’s NBA of shooters and three pointers. The key to Reggie Miller’s game was that he moved all around the floor working off picks and screens which got him open for wide open shots and heartbreaking loses for the other time. Yes he took delight in killing the Knicks . And in this post humble opinion Miller has to rank as the number 1 Knick killer. If you think I am blowing smoke ….see the videos below. The Knick fan in me reluctantly gives Reggie Miller his due. In light of how bad the Knicks are I am do wish for the days of the heated rivalry that the Knicks and Pacers brought to the Garden with Reggie Miller as it’s ring master. 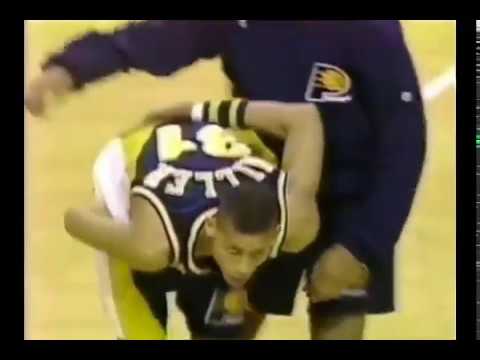