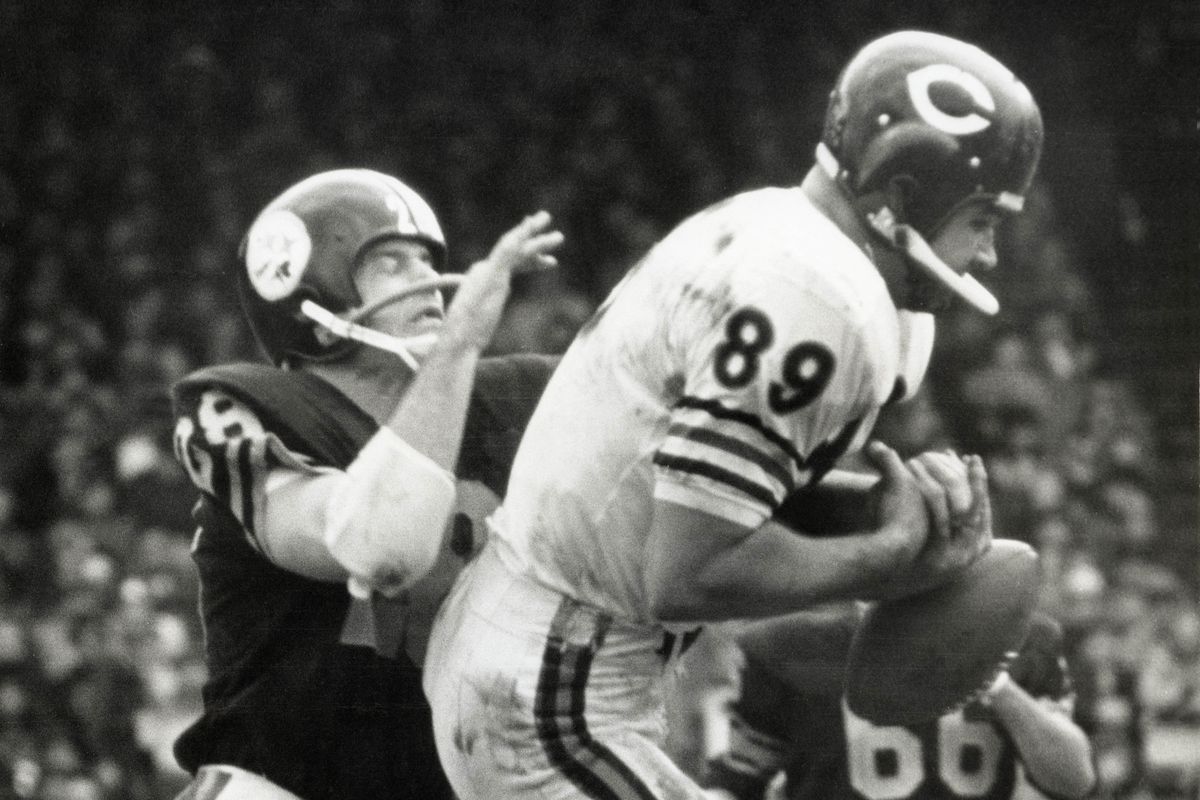 Most fans know Mike Dika as a super bowl winning coach with the Chicago Bears in 1985. Others know him as T.V. pitch man and ESPN analyst. Yet did you know that Mike Ditka was a very solid NFL Tight End? That is the focus of this week’s Smallthoughts: Old School Tuesday.

The Chicago Bears drafted Ditka fifth overall in the 1961 NFL Draft, while the Houston Oilers drafted him eighth overall in the first round in the 1961 AFL Draft. He signed with the Bears and his presence was immediately felt. In his first season, Ditka had 58 receptions, introducing a new dimension to a tight end position that had previously been dedicated to blocking. He also scored 12 receiving touchdowns, which was the most by a Bears rookie. His success earned him Rookie of the Year honors. He continued to play for the Bears for the next five years, earning a Pro Bowl trip each season. He played on the 1963 NFL championship team. Many of the players from that team, including Ditka, were drafted by assistant coach George Allen, a future Hall of Famer, who was then in charge of the Bears drafts. During the season, against the Los Angeles Rams, Ditka tied Harlon Hill‘s franchise record for the most receiving touchdowns in a game with four. Ditka ranks first among tight ends and fourth in Bears history with 4,503 yards, fifth in both receptions (316) and touchdown catches (34).

Ditka was traded to the Philadelphia Eagles in 1967 where he spent two seasons, before being shipped off to the Dallas Cowboys in 1969. He wore number 98 in his first year with the Eagles. He then changed it back to his usual 89. He spent four seasons with the Cowboys, highlighted by a touchdown reception in the Cowboys’ 24–3 victory over the Miami Dolphins in Super Bowl VI. He is the only head coach in the history of the Super Bowl to score a touchdown in a Super Bowl as a player.