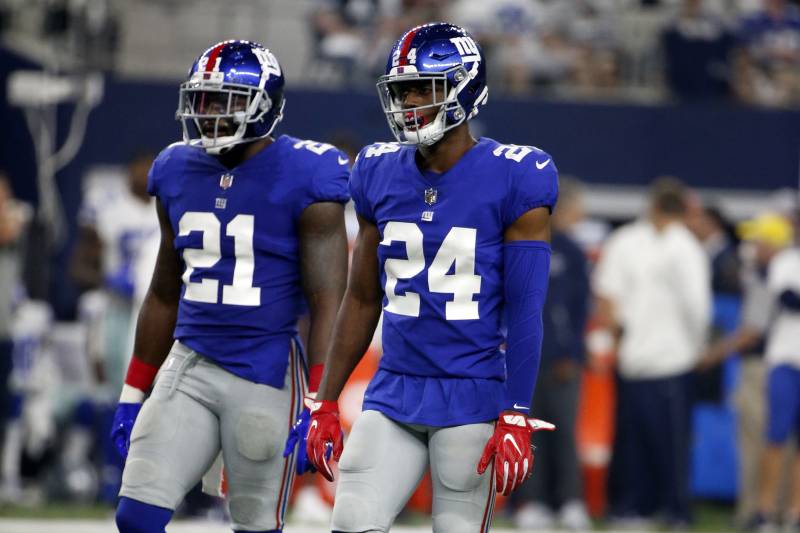 In a season that every Giant fan and player want badly to forget it has been a real rough one for former number pick of the New York Giants Eli Apple. From start to finish he seemed to be out of step with the team and has been called everything from a rotten apple to a cancer on the team.  Apple has been told on more thann one occasion to …Grow up! It has now been announced that Eli Apple is being suspended for detrimental conduct to the team, which being this is last game of the season …Apple’s season is done. This season has seen it share of Giant players especially on the defensive side of the ball with suspensions …Dominque Rodgers- Cromartie, Janoris Jenkins and Eli Apple all spending time in the dog house. This season was supposed to be about the post season getting to the Super Bowl, injuries took it’s toll on this team but the dysfunction that has reached levels that were on the levels that you seen from the New York Jets given the reputations of both franchises. You rarely seen Giant players call each other out to the level that Landon Collins called Eli Apple a cancer. Right away everyone wants Eli Apple gone after the season. Maybe he needs a change of scenery, maybe he just needs this season to be over so he can regroup, maybe there are other things that are going on in his personal life that are a distraction, but whether on not he stays with the Giants or goes to another team, this season is going to tough to live down, especially being called out as a cancer on the team. It was the very same Apple that said the culture on the team needs to change, well part of the change is he himself it is true it’s time to grow past this and he needs to earn the respect of his teammates and coaches.