As a Met fan it’s always hard to give the Yankees their due …yet today I have much respect for one Yankee ..Derek Jeter. In a town where he was a unknown as a rookie Joe Torre took a chance on the man who fans came to know as “Jete”. Don’t forge the Yankees had a slick fielding solid switch hitting shortstop in Tony Fernandez. The Jeter era came on the heels of the end of the Don Mattingly era. Could you imagine the Yankees with Mattingly and Jeter at the same time?Two plays to me typified Jeter …the hit in a big moment in the ALCS against the Baltimore when he hit a drive to right field that a fan interfered with, the point is in that moment he wasn’t fazed by the spotlight. This was Jeter’s rookie season. The other play to me that showed me the difference between Jeter and more talented shortstops …was the play known as the flip in the playoffs against the Oakland A’s. That one you need to see the video to understand what I mean. In fact once you scroll down later you will see that video.

As a shortstop, Jeter spent his entire 20-year MLB playing career with the New York Yankees. A five-time World Series champion, Jeter is regarded as one of the primary contributors to the Yankees’ success of the late 1990s and early 2000s for his hitting, baserunning, fielding, and leadership. He is the Yankees’ all-time career leader in hits (3,465), doubles (544), games played (2,747), stolen bases(358), times on base (4,716), plate appearances (12,602) and at bats (11,195). Jeter had 14 All-Star selections, five Gold Glove Awards, five Silver Slugger Awards, two Hank Aaron Awards, and a Roberto Clemente Award.

Jeter was the 28th player to reach 3,000 hits and finished his career ranked sixth in MLB history in career hits and first among shortstops. In 2017, the Yankees retired his uniform number 2. 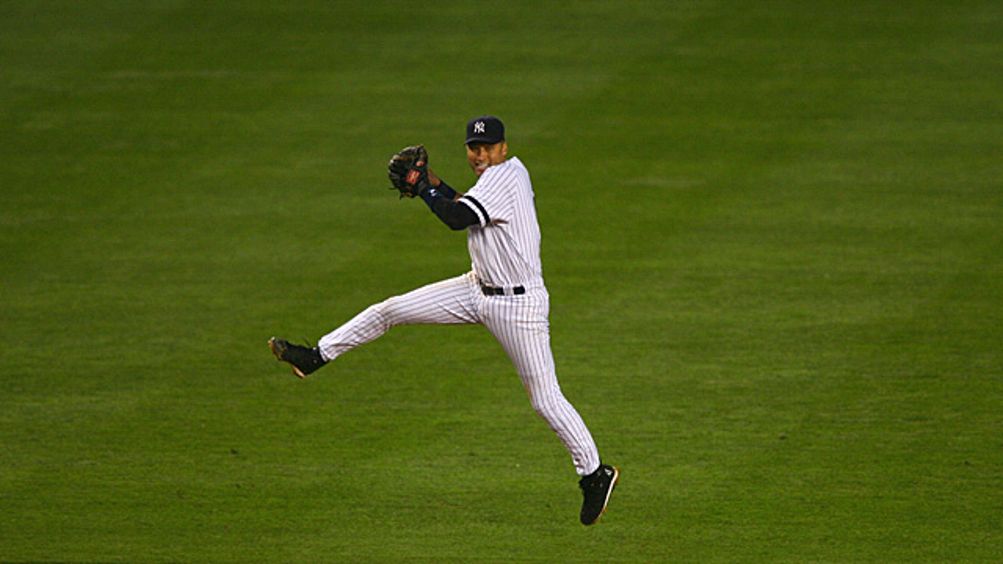 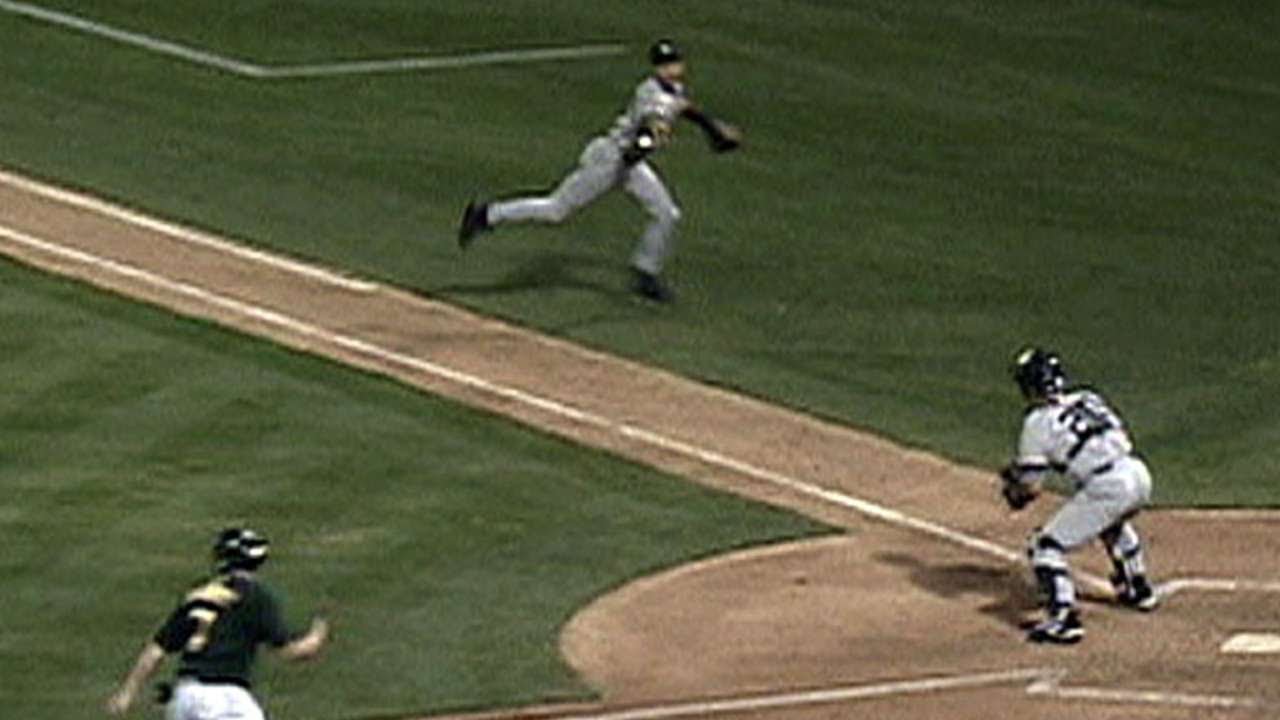 During Game 1 of the 1996 American League Championship Series (ALCS), the Yankees trailed the Baltimore Orioles 4–3 in the 8th inning when Jeter hit a fly ball to right field that was ruled a home run by the umpires after twelve-year-old fan Jeffrey Maier reached over the wall to catch the ball. Though the ball would have remained in play if not for Maier, and could have been caught by Tony Tarasco, the home run stood as called, tying the game. It marked the first home run of Jeter’s postseason career. The Yankees won the game and defeated the Orioles in five games.