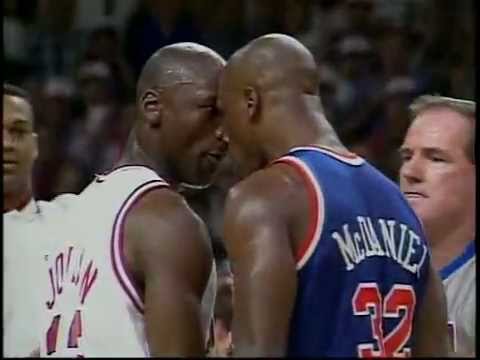 As a knick fan McDaniel is thought of fondly as being a key player that restored toughness to the Knicks in the one season he was with the Knicks.

McDaniel was selected by the Seattle SuperSonics in the first round (4th overall) of the 1985 NBA draft and became an instant starter. He averaged 17.1 points per game and finished second in the NBA Rookie of the Year balloting to Patrick Ewing.

His second season, he was one of a trio of 20 ppg scorers with the SuperSonics along with Dale Ellis and Tom Chambers. The SuperSonics made it all the way to the Western Conference finals that season. He averaged over 20 points per game for the next three seasons as a Sonic, including the 1988–89 season when he was used primarily as a bench player.

McDaniel was traded fifteen games into the 1990–91 season to the Phoenix Suns for Eddie Johnson and two draft picks. While the trade reunited him with teammate Tom Chambers, it didn’t produce the results the Suns were looking for. At season’s end, he was dealt to the New York Knicks.

With the Knicks he was a perfect fit in coach Pat Riley‘s physical style. He gained some notoriety for playing the Chicago Bulls‘ Scottie Pippen tough in a grueling seven-game playoff series that the Bulls won on their way to their second NBA title.

McDaniel finished out his career with the Boston Celtics and New Jersey Nets before retiring after the 1997–98 season.